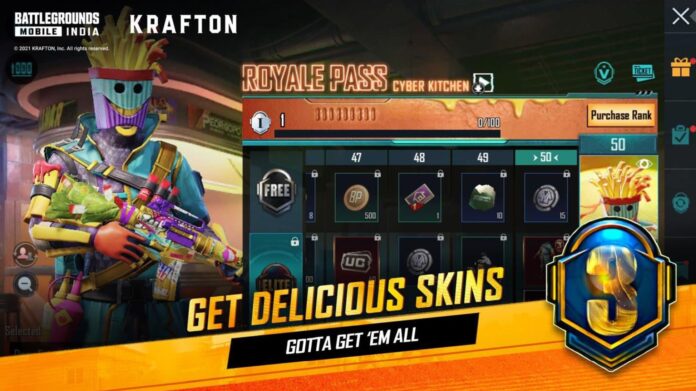 Mumbai, 17 Sept 2021 :  KRAFTON, the South Korean video game developer is all set to pump in more adrenalin for the millions of BATTLEGROUNDS enthusiasts in India, with the introduction of Flora Menace, special features and realistic game dynamics in version 1.6 rolling out on the Google Play Store and iOS App Store. The update will be rolling out sequentially starting today, so fans are requested to be patient for it to show up on your app store.

A new mode “Flora Menace” has been added to BATTLEGROUNDS, bringing in interesting possibilities. In Flora Menace Mode, a life barrier is created in some part of the map that is encroached by alien creatures. In the wall, players’ HP gradually recovers. Players can loot “Nacore” in the mode and use the item to buy battle items.  The mode is available in Classic Theme Modes and starting from Erangel, it will be added to Sanhok and Livik.

Exclusively in Erangel “Flora Menace,” players can enjoy Cell Matrix content. The Cell Matrix is an airship floating in the air and players can ride it using Cells that can be found in the map. In Cell Matrix, players have three chances to revive themselves and get to fight with randomly provided weapons. They can acquire Nacore by eliminating enemies or robots infected by an alien creature in the airship.

The latest update will pack a lot of surprises later in the month as EvoGround will feature the popular Zombie mode “Survive Till Dawn” where the last surviving player in the zombie attack gets the final victory. Many more popular game modes such as the Payload Mode will be appearing in EvoGround so players are requested to keep a close eye on our social channels for launch dates or directly dive into EvoGround in matchmaking. As many as 8 different game modes will appear over a period of time.

The new version also includes the recording option, allowing players to record their gameplay and showcase their clips on social media platforms. In fact, a slew of community contests on our social channels will be rolled out around recorded clips in-game. Fans can participate and win amazing rewards.

Taking feedback into consideration from valued BATTLEGROUNDS enthusiasts, certain refinements have also been incorporated to smooth out animations allowing more agility and flexibility to the players. The full patch notes together with the refinements can be found on our news section.

With the idea of keeping more strategic tools at players’ disposal, auto-bandage option has been added, distance information is included in the In-Game Mark, and the famous flight path can now be replayed after landing.  Additionally one can test out weapons like P90, MG3, ASM Abakan in the all important training ground before heading into a match.

Finally, rolling out today, straight from the Chef’s kitchen, with his flavours, is the RPM3 – Royale Pass Month 3. Priced similarly like other months, starting at 360UC, there’s an array of outfits on offer.

Author - October 23, 2021
0
In the face of the present energy crisis, India is considering maintaining strategic natural gas and coal reserves as a measure to...