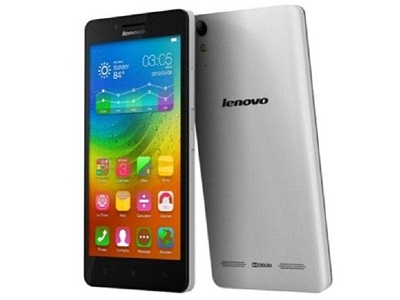 Earlier this month, at the CES 2015 tech show, the Chinese smartphone manufacturer Lenovo unveiled the A6000 smartphone that is touted to be the most affordable 4G smartphone launched by the firm. Following the announcement, the vendor also confirmed that the handset will be released inIndiawith a tempting price tag. Also, there were teasers circulating all over the tech world suggesting a possible launch of the phone in the country on January 16.

As assured, Lenovo launched the A6000 smartphone inIndiafor a luring price tag of Rs 6,999 that makes it a great competitor to the existing 4G LTE smartphones such as Xiaomi Redmi Note 4G and Micromax Yureka that are priced relatively higher. Well, this affordable price tag makes the Lenovo A6000 a great value for money offering in the entry level segment.

Detailing on its technical specifications, the Lenovo A6000 is fitted with a 5 inch IPS LCD display that packs in a HD screen resolution of 1280×720 pixels resulting in a pixel density of 294 pixels per inch. Under its hood, the handset equips a 64 bit Snapdragon 410 quad core processor that is backed by 1 GB of RAM and Adreno 306 graphics card respectively. The storage needs of the users are taken care of by 8 GB of internal storage capacity with support for additional memory.

The A6000 flaunts a decent imaging department comprising of an 8 MP rear camera that is supplemented with LED flash and a 2 MP selfie camera at its front. A 2,300 mAh battery energizes the Lenovo offering pumping up to 22 hours of talk time and up to 11 days of standby time respectively to the device. Software wise, the A6000 runs on Android 4.4.2 KitKat topped with Vibe UI. Other features of the smartphone are dual SIM, 4G LTE, Wi-Fi, Bluetooth 4.0 and GPS for connectivity and stereo speakers with Dolby digital speakers at its back.

Accor Partners with 4moles.com to Increase Golf Tourism in India

Fiat to Manufacture Luxury SUV in India and Export

Aston Martin looks for ‘Capital Injection’ and not for sale: Reports