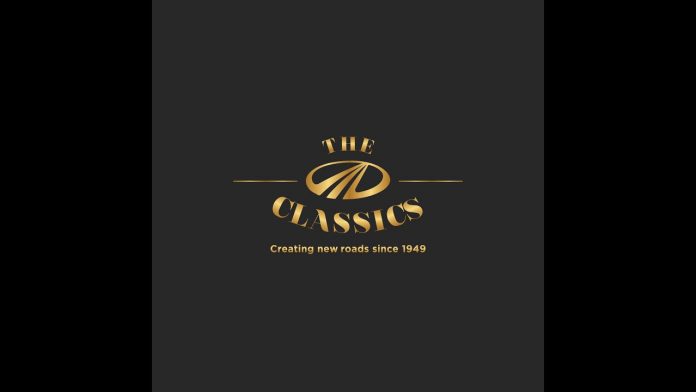 Mahindra and Mahindra, one of India’s biggest multinational vehicle and Manufacturing Corporation, launched their new brand logo and campaign “The Mahindra Classics”.

It’s been seven decades since the Mahindra and Mahindra group has set their foot on the Indian automobile industry. Its first vehicle reached the roads in the year 1949 and since then Mahindra has been a part of India’s global development in this sector. The Mahindra Classics is designed in such a way that it projects the rich automotive heritage of Mahindra.

The campaign by the group mainly pays tribute to the rich heritage of the Mahindra group. The campaign shows how the people who owned an SUV has explored their life and created very fonding memories with the car. The video released by the team shows the evolution of vehicles by Mahindra from 1949 to 2020. This can take the audience on a ride throughout the evolution of the vehicle.

Veejay Nakra, CEO -Automotive Division, Mahindra & Mahindra Ltd, said that this campaign is mainly launched as a tribute to the rich automotive heritage of the Mahindra group. It gives the audience a glimpse of how Mahindra started in 1949 and what they are today. This campaign will also help the users of Mahindra unveil their memories with the brand. This campaign will also show how the owners of SUV has experienced their vehicle as no one has done before.

Further, he elaborated that no other vehicle in India has the same emotional connection and iconic status that Mahindra has today. The Mahindra Classics are the embodiment of the group’s legacy and has the spirit of blazing a trail where no one has been before.

The campaign will be launched on all social media platforms including Facebook, Instagram, and Twitter. They are also planning to interact directly with their customers in this campaign. Customer engagement programs like quizzes and events to share the customer experience and stories with SUV. Let us hope that this new campaign will help the brand to create an impact on the audience and increase the sales performance of the company.

Passionate In Marketing - August 6, 2020
0
With the efforts to draw attention to the versatility of the product and to reach out to its customers Hindustan Liquids has introduced...