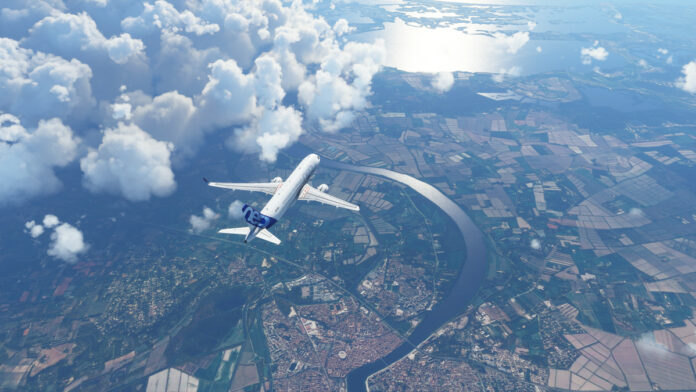 Microsoft Flight Simulator emerged as a great victory in terms of flight simulation that one can have the virtual experience of soaring through the clouds. But the destiny of this was not that so easy so they collaborated with Asobo studio to have more updated graphics and to make their planes more realistic.

As we know that manually it was not possible but with the help of large-scale data processing by Microsoft Azure AI the company was able to uplift 2.5 petabytes Bing Maps and this is how they constructed the virtual world of Flight Simulator. The eagerness of Franchise Hardcore Fans awarded this with a new title ” VFR” which symbolizes Visual Flight Rules. However, the journey to this was not that so easy. As in every difficult path we face hurdles while commencing their journey Microsoft also faced several hurdles. The first hurdle it faced was of connecting the data from the 2D model to the 3D model.

With the tremendous growth of AI in recent years as said by Eric Boyd that it is driven by a massive amount of data that collaborates with a massive amount of computing that exists in the cloud. ML algorithms led the project to a new level. Its integration goes beyond the extremities of AI as it packs them using the AI speech Generation Technology which is so similar that it is indistinguishable from humans.

The introduction of Azure was not that so easy as it largely depends on the cloud it is a living game in the true sense. It can be said that it is a perfect combination of AI with an ML algorithm with an integrated approach. As the company is planning to have its first update over Japan and is going to launch by September other than this the company is also looking for several other areas to explore as of South America and Africa.

So the company also focuses more on capturing realism as much as possible. As the gaming atmosphere breaks it into 250 million boxes with a real-time track of temperature and wind direction. It is expected to grow stronger as with the integration of Microsoft Stars more data can be integrated from the satellites that track wildfires, or planes monitoring wind turbulence.