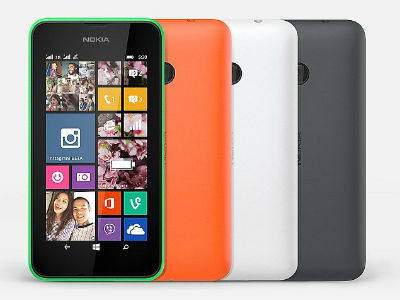 Aug 15, 2014; Microsoft unveiled the Lumia 530 and its dual SIM variant in July. Now, the software giant has released the Lumia 530 dual SIM officially in the country with a tempting price tag of Rs 7,349.

To recap on the technical specifications front, the Lumia 530 includes a standard 4 inch LCD display with a screen resolution of 854×480 pixels. This screen size and resolution translate to an average pixel density of 246 pixels per inch. The dual SIM Lumia 530 smartphone gets its power from the quad-core Snapdragon 200 processor from Qualcomm ticking at Rs 1.2 GHz clock speed. The processor is aided by a 512 MB of RAM that should suffice for the Windows Phone 8.1 to operate efficiently.

The Lumia 530 dual SIM model includes 4 GB of internal storage space that can be expanded externally by a whopping 128 GB by means of a micro SD card. Also, Microsoft provides 15 GB of OneDrive cloud storage space along with the Windows Phone 8.1 based smartphones.

In terms of connectivity, the handset comes packed with 3G, Wi-Fi, Bluetooth 4.0, GPS and micro USB. Furthermore, the handset 1,430 mAh battery that is rated to pump in a decent backup of up to 10 hours of talk time and up to 528 hours of standby time respectively.

The Lumia 530 smartphone running on Windows Phone 8.1 with the Lumia Cyan update is claimed to support firmware updates via OTS (over-the-air). Also, there are powerful messaging apps pre-installed in the handset and the list includes Line, Viber and Skype, while there are others such as Facebook, Office, Shazam and Instagram Beta. The handset makes use of the Smart Dual SIM feature to manage between the two SIM cards effectively. The MixRadio provides users with unlimited and commercial free streaming music. Furthermore, Microsoft has announced the smartphone in Bright Orange, Bright Green, Dark Grey, and White color variants. 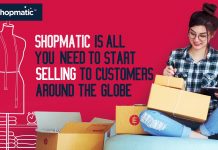 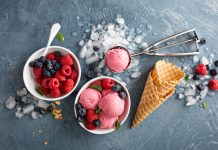 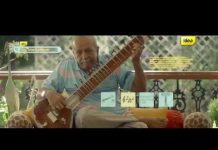 Passionate In Marketing - May 25, 2020
0
During the current pandemic period, marketers must have a clear understanding of the changing environment and changing customer preferences or consumer behaviour. ...

Building a unified source of data for marketing: The constant struggle...

Retailers and EdTechs rely on Social Media platforms amidst Covid-19

How can brands break the clutter amidst Covid-19?

How can brands break the clutter amidst Covid-19?

‘Vocal for Local’: Its time for India to be self-reliant and...