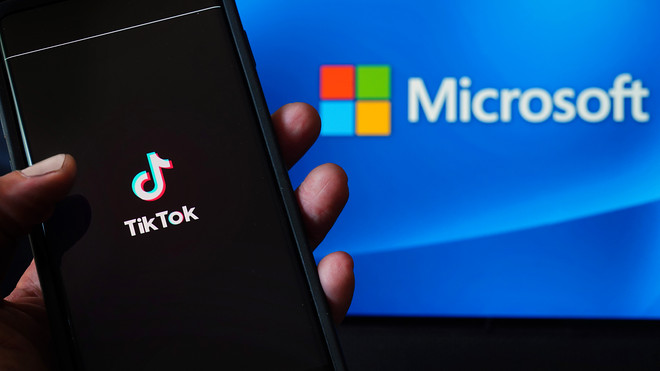 CEO Satya Nadella had recently called up the White House to discuss purchasing TikTok, a well-established social networking site that could reshape Microsoft’s existence as a consumer-facing company.

The proposed takeover which is estimated to be valued at about $40 billion would be Microsoft ‘s biggest and a highly risk-prone transaction in a succession of acquisitions by Nadella, who rewrote the company’s legacy for failed transactions with pick-ups like LinkedIn and GitHub. By bidding for TikTok, a Chinese-owned, widely-successful streaming platform, Nadella is shifting its attention to a consumer-ad room where Microsoft could attract regulatory spotlights currently facing its rivals.

Microsoft obtained the green light from Trump’s administration on Monday to seek the purchase of TikTok (United States) from its Chinese parent company ByteDance, which faced warnings from the White House that it will be forbidden from carrying out any further operations on the United States because of national security issues. More than 100 million people use TikTok to post short and viral, which generates advertisement revenue.

The company has further clarified that it will close the prospective deal — which will also allow TikTok’s activities to continue in Australia, Canada, and New Zealand by September 15, and allow U.S. based minority investors to join. The business said it will resolve privacy issues by agreeing to move all TikTok data to U.S. servers and remove data from servers in any other country.

The decision impressed some analysts as a sound commercial sense. Microsoft’s securities closed on Monday at $11.49, which is 5.6 percent higher, bringing more market capitalization to Microsoft than the deal would cost the firm.

Microsoft had to face several failures because it decided to acquire companies Skype, Nokia, and a few others which had to be essentially written off. The company also faced a loss of acquiring the Bing platform, which could not help it compete with Google. Momentum shifted after Nadella became the CEO in 2014, concentrating first on the purchase of an enterprise-facing asset. Microsoft paid $26 billion to LinkedIn in 2016, which was deemed a profitable purchase, and GitHub, which was purchased for $7.5 billion in 2018, acted as a client base for Microsoft’s cloud computing company, Azure.

TikTok is a fresh opportunity for Nadella as it eventually enters a consumer-facing business that involves the Xbox Console Group, Surface Tablets, and Minecraft. Like the companies before it. TikTok is expected to stay an unprofitable business for a few years, says Soma Somasegar, former Vice President of Microsoft, now Managing Director of the Madrona Investment Group. Having a transition span will also include flexibility for Microsoft to resolve any legal concerns linked to the split of TikTok from its Chinese shareholder, Somasegar says.

Besides this, Somasegar says the product might have potential alignment with other consumer-facing businesses of Microsoft. E.g., the ad company of TikTok may be cross-promoted on Bing. And in games, TikTok could offer new entertainment content to the Xbox network.

When TikTok is effectively incorporated, Microsoft would become the fourth big player in the online advertising sales market. Though the opinion varies on TikTok’s acquisition Microsoft (United States) market is projected to produce up to $ 500 million in sales in 2020 and around $1 billion in 2021, according to Dan Ives, an analyst at Wedbush. Using these figures, Ives forecasts that TikTok will become a $200 billion company in a few years. And Microsoft has currency, Ives says, with $136 billion in cash reserves presently, and expects to produce $39 billion in free cash flow by 2020.