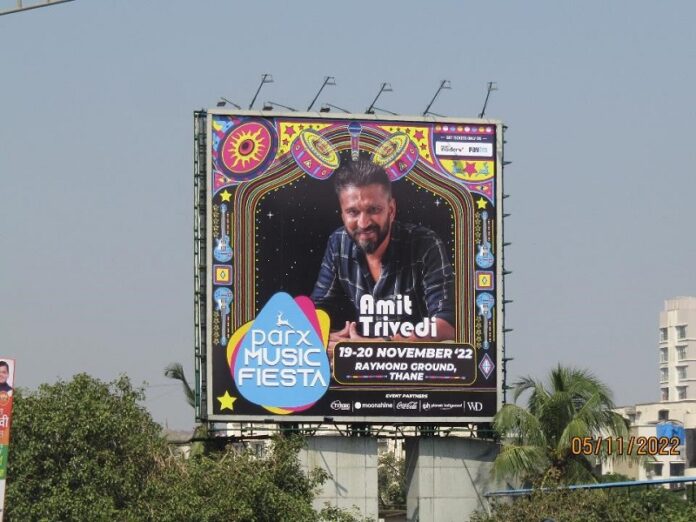 The brand-new Music Fiesta launch was promoted with a massive outdoor campaign executed by MOMS. For the campaign, large format & digital media were used to create an impact at key intersections and arterial roads, along with various high reach media such as bus shelters, trains, metro, etc., to reach out to the target audience in an effective way. The idea was to reach out to a mass audience and strategically place media to maximize foot traffic and potentially reach the younger demographic.

Through a comprehensive branding campaign, MOMS was able to create massive awareness in and around the city which resulted in accelerated ticket sales. Parx Music Fiesta was completely sold out before the start of the show.

On the success of the event, Rohit Khanna, Head Corporate Communications, Raymond Group commented, “Out-Of-Home campaigns have always been a powerful mode of communication as it meets the eye. In case of Parx Music Fiesta, it was more so as people could relate to their favorite artists with beautifully designed hoardings put up at right vantage points across the city that provided an impetus to a mega musical event with a stellar line up.”

Deepa Gupta, Vice President – West & South, also said “Not only do music festivals bring happiness to the people, but also to the city, uplifting the entire atmosphere. The experience of collaborating with the Raymond team and creating such a fun promotional campaign was indeed a thrilling experience for us”.

MOMS is a part of Madison World, India’s largest homegrown communication agency established in 1988. Madison World through its 11 Units served last year, as many as 500 Advertisers.

Passionate in Marketing - November 22, 2022
0
India, November 22, 2022: Catering to the high buzz festive fervor amongst the Indian consumers, PLAY has launched a stunningly “designed and...