The mobile gaming platform MPL (Mobile Premier League) introduces a new campaign by featuring their users in the advertisement. The concept was designed by Ogilvy. The campaign includes those users who have participated in the game and won matches in almost more than fifty games in MPL. The campaign film displays people from different age groups and different states across the country who are MPL users.

The campaign film shows different users who are mostly cricket lovers, were they first discovered the app by seeing the advertisement featuring cricket celebrity Virat Kohli and later on the customers download the app and started playing the games and the users claim that the games are really fun to play and the users claim that games have helped them to kill boredom and through this game, many users were able to earn money and many of them purchased their desired products through the money earned from the game.

The campaign is promoted on colors Bigg Boss, the star sports network, and other networks across the country. The campaign video is filmed in different Indian languages like Hindi, Gujarati, Tamil, etc.

Through this campaign, MPL claims that for any brands their biggest ambassadors are the users and that no brand can succeed if they do not give importance to the customer’s requirements and needs. MPL tries to promote the new campaign by filming the users who have used the app and familiar with the app features, where the users share about their experience while using the app.

Senior vice president of growth and marketing of MPL, Abhishek Madhavan stated that MPL has become more popular and is being widely used by people as they are at their homes and many of them have changed their lives by winning matches and contests.MPL focused on highlighting their users for the IPL and Bigg Boss campaigns and also to show how the people were positively affected in their life by playing MPL.

President of Ogilvy south, N Ramamoorthi stated that the concept of the campaign was about true honesty. The app interacted with the users who have played MPL across the country and shows how the game changed the lives of the users.

Through the campaign, it was focused on creating a real advertisement based on facts, which displays how MPL is creating value in people’s lives and that Ogilvy is happy that they created the advertisement creatively by including the customer’s experience. 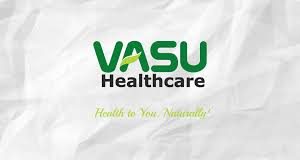 Passionate In Marketing - November 28, 2020
0
Vasu Health Care is one of India’s leading healthcare companies and the company’s primary mission is to combine the ancient ayurvedic essence...