Season 2 of this successful campaign “Thinkistan” has been successfully floated recently under the promotion tag #Ideachor, promoting the campaign in the most unique way possible.  Turning away from all the traditional methods of advertising, they have come up with the fresh idea of Guerrilla marketing, expecting some groundbreaking results.

This activity of content marketing took the show’s viewership to another level. The viewership saw an exceptional increase of about 230%. With exactly zero investment,  this campaign was very triumphant in registering earned media worth 4.2 million Indian Rupee, and also a 22.5% hike in growth across all the engagement platforms.  Besides, During that phase, Thinkistan topped the charts of MX player and continued to stream as the most trending number 1 show. Abhishek Joshi, Head of Marketing and Business Partnerships, MX Player, believes that a brand’s success lies in rightly finding the customer’s pulse, preference and attitude, and engaging them accordingly. The campaign #Ideachor does exactly that too. It pulsates into the world as a fun and quirky campaign, which wows not only the audience but also other competent brands to come up with such ideas.

With such an evolving and advancing digital filed all around, they needed to leave a mark on whatever they were embarking upon. They must stand out and make an impact on their own. ‘Shock and surprise’ strategy has been used by the company here, which came out to be very successful later on. The audience were first shocked with the misconduct happening na then they were astonished by the truth. This very impactful tactics led this campaign to trend very organically on the internet. 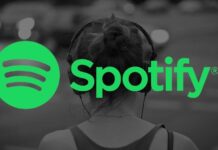 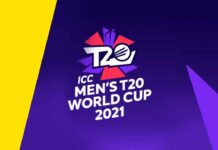 Passionate in Marketing - September 22, 2021
0
The winners of the brand’s Instagram-run campaign “India’s Next Beardo” have been crowned   India, 22nd September: Leading male grooming...