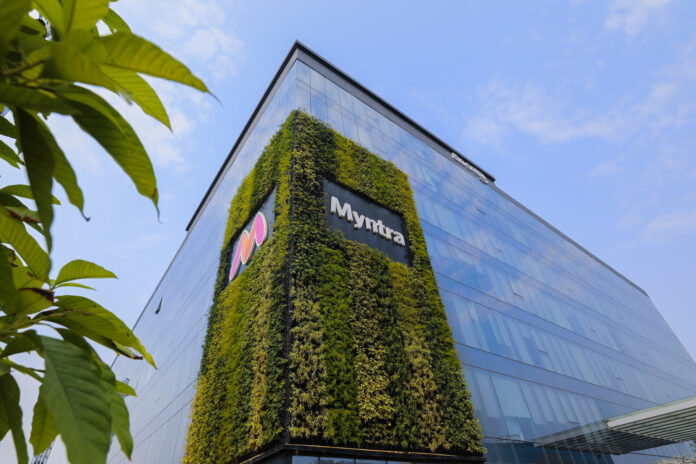 Bengaluru, June 18, 2022: The 16th edition of Myntra’s biannual flagship event, EORS, has set new benchmarks in performance with a staggering ~21 million products purchased by 5 million shoppers across the country through the mega shopping carnival. The most popular categories that trended during EORS include women’s western wear, men’s casual wear, sportswear, and beauty and personal care. The event provided a unique opportunity for ~5000 brands to connect with millions of customers from every part of the country. EORS 16 also helped in augmenting the income of 21000 Kirana partners by ~1.4X over their BAU earnings. Myntra also created 27,500 third-party employment opportunities through its partners to cater to the EORS demand.

The event witnessed shoppers flocking the platform to purchase products across workwear for men and women, accessories, beauty and personal care, kidswear and footwear, among others. As people have begun going outdoors more often to pursue their normal routines, men’s T-shirts, shirts, women’s western casual tops and trendy kurtas were some of the most sought after products.

Beauty and Personal Care registered a 5X growth in demand over BAU during EORS 16, further strengthening Myntra’s position as the one-stop destination for all things beauty. Ranging from skincare to makeup and fragrances, to luxury beauty, customers were delighted by the value offers at play. With science-led beauty trending globally, the platform witnessed an uptick for brands such as Minimalist, The Derma Co and Reequil. The luxury beauty segment was popular among the beauty enthusiasts with brands like MAC, Dyson, Armani Beauty, GK Hair, Benefit Cosmetics, CK and Laneige, leading the way with a staggering 5X growth in demand for the segment over BAU. With social calendars beginning to fill up, shoppers purchased an array of fragrances and deodorants, which registered 2X growth over the last edition. Skincare routines took centre stage and the platform witnessed a 10X growth in demand over BAU across the Skincare segment with heightened traction for brands such as Pilgrim, Nivea, Olay, Biotique, Plum and Wow Skin Science, among others.

Cutting-edge social commerce initiatives such as Myntra Studio and M-Live, coupled with strategic collaborations and a bevy of key influencers on social media, enabled amplification and visibility for the event with the trend-first shoppers on Myntra. Myntra Studio published 1500 pieces of content, driving 3X more demand over the previous edition of the biggest shopping bonanza. Myntra is the first-ever brand in the country to use Instagram live’s commerce integration with 10 hours of shoppable live streams on the social media platform. In a first, 30 marquee brands hosted ~750 Myntra Live sessions, including Daniel Wellington’s session with actor Ayushmann Khurana garnering over 25k views.

Myntra observed high traction among shoppers for the event at a time when most places of work and education have resumed operations from physical facilities. Along with customers buying a record-breaking 50 lakh products in the first 24 hours, Myntra also recorded 50% of new customers coming in from tier 2 and 3 cities and towns during the event.

Speaking on the success of EORS-16, Nandita Sinha, Myntra, said, “EORS-16 has taken forward the legacy of the flagship event, elevating the growth and scale of the brands by a few notches. In our endeavour to democratise fashion using technology, we are happy that this edition of India’s biggest fashion carnival has been able to delight and serve 5 million people, the highest ever to shop during EORS thus far. Being at the forefront of the live commerce play, Myntra Live’s debut at scale this EORS was a major pull for brands and shoppers. Additionally, the event continued to serve as an opportunity for 21000 Kirana partners whose income has been augmented by ~1.4X of their BAU earnings as they helped fulfil 1 million shipments at peak.”

Myntra’s extensive network of Kirana store partners (MENSA network) cater to over 19,000 pin codes, fulfilling 85% of all deliveries. EORS also saw Myntra enable omni-channel integration for 300+ brands across 3800+ stores. Among metros, Delhi followed by Bengaluru, Mumbai, Hyderabad and Pune, majorly contributed to the event, while Jaipur, Patna, Lucknow, and Indore among others led the demand in tier 2 and 3 regions respectively.