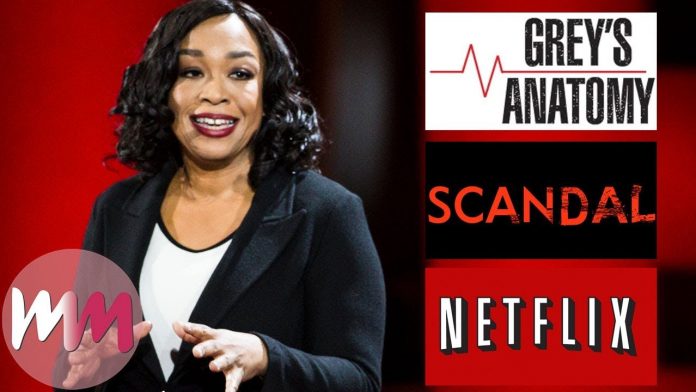 Shonda Lynn Rhimes, the head writer, producer, director, and creator of popular shows like – How to get away with murder, Grey’s Anatomy, Bridgerton, and Scandal has decided to extend the creative content partnership with Netflix after the huge success of her show – Bridgerton. Inspired by Julia Quinn’s series novel, Bridgerton smashed Netflix’s records with around 82 million views in just 28 days!

Shonda’s production company – Shondaland has produced over ten hit shows across various platforms. The earliest show is Grey’s Anatomy (2005) and the latest being Bridgerton (2020), streaming on Netflix. She has made a name in the industry for being the first woman who has created three hit shows with more than 100 episodes each. It was first announced in 2017 that Shondaland and Netflix will be in an exclusive multi-year development deal with each other, wherein all the works produced will be counted as a Netflix Original Series.

The newly formed partnership between Netflix and Shondaland Production Company will give both the ventures the chance to include exclusively produced feature films, gaming, and VR content. The contract contains a branding and merchandise deal for Shondaland Productions along with the streaming service and introduction of live events and experiences. Netflix will also offer technical and financial support to Shonda’s company. Shondaland is also indulged in other shows like ‘Dance Dreams: Hot Chocolate Nutcracker’, released a year ago and Julia Garner’s drama ‘Inventing Anna’ is an upcoming project.

Shonda left ABC to join the streamer and said in an interview how her company at Netflix has thrived, profited, grew audience across the globe, and continues to do so, by providing the audience entertaining and unique stories. She also mentioned Ted, Bela, and the entire team of Netflix who have been a huge support during the entire process, supporting her non-conventional stories, unique vision, and providing a platform to present her art.

Bela Bajaria, Head of Global TV Netflix, said, how Shonda always brings out something unique, interesting, and attention-grabbing through her shows. Bela has closely seen the power of her creative vision and believes that Shonda is a brilliant businesswoman and terrific partner to work with.