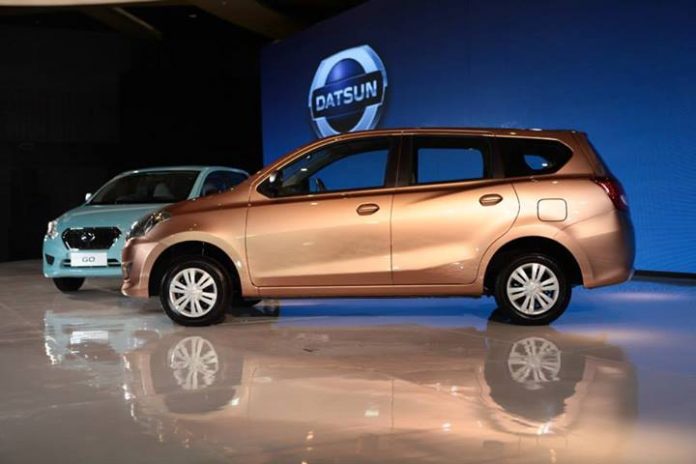 Auto maker Nissan based in Japan will be launching its second model called Datsun Go+ in the Datsun lineup in the first part of next year in India. The Go+ is a multi purpose vehicle and it is aimed to enhance the portfolio of vehicles in the country.

Nissan appears to be aiming to boost its sales in the country in both the Nissan and Datsun brands in order to meet its target of capturing over 8 percent of the market. This timeline has been transitioned owing to the slowdown in the automobile market over the past couple of years.

As claimed by Guillaume Sicard, Nissan India Operations President, the Datsun Go+ will be launched inIndiain the first part of the next year and the idea behind the same is to build up the presence of Datsun brand in the market.

Back in March, the Datsun brand made a comeback across the global markets as Nissan launched its entry-level car called Datsun Go with a pricing in the range between Rs 3.12 lakh and Rs 3.70 lakh. With positive response for the Datsun hatchback, the product is recognized as a quality product and it is going well as per the company’s expectations revealed the executive.

Talking about the Go+, it is a seven seater multi purpose vehicle and it is one of the three best models under the Datsun brand that was announced to be launched by FY16. This vehicle will compete with the likes of Maruti Suzuki Ertiga, Honda Mobilio and General Motors’ Enjoy respectively.

In the time frame from April to September, Nissan has managed to sell around 25,741 units that is a whopping 105.68 percent increase in the sales as compared to the 12.515 units of sale in the same period of last fiscal year. Also, the Indian passenger vehicle market stood at 2.5 million units in the last year, whereas Nissan acquired 1.3 percent of it.

The executive further revealed that the production capacity of the Chennai plant of Renault Nissan alliance has been extended from 4 lakh to 4.8 lakh in order to meet the requirements for the next couple of years.

Passionate In Marketing - June 3, 2020
0
AppsFlyer, the global attribution leader, helps the marketers to grow their business by taking corrective decisions. It helps them by providing comprehensive...