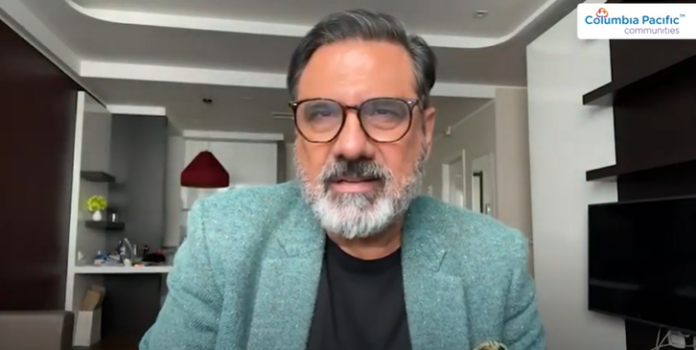 The campaign #ReplyDontReject sensitises people against dismissing frequent messages from seniors as just forwards and view it as their avenue of escaping loneliness.

The campaign #ReplyDontReject, featuring a video message from Boman Irani, calls out to the younger generations, by offering a unique perspective, and appeals to them to avoid treating video, photo, or good morning messages from senior citizens as mere forwards and view the mere act of frequent messaging as the desire to connect and share as well as the struggle to escape their solitude.

Speaking about the initiative, Piali Dasgupta, Senior Vice President, Marketing, Columbia Pacific Communities, said “In our busy lives, we often tend to consider the frequent messages and shares from the seniors in our lives as just irritating forwards. Digging a bit deeper will tell you that it is a desperate effort from our seniors to break free from their solitude, and the desire to connect with those who they love. Through the #ReplyDontReject initiative we are trying to make people aware of loneliness amongst the elderly, take the pledge to be more responsive towards seniors, and change the statistics around elderly loneliness. We are delighted to spread this very important message through celebrated actor. We are confident this endeavour will play a significant part in countering loneliness amongst the elderly and senitising the youth to give them the gift of time.”

Speaking about the initiative, celebrated actor Mr. Boman Irani, said, “Iam really honoured and thankful to Columbia Pacific Communities for making me a part of this noble initiative. The perspective of looking at the recurrent messages from the elderly is very simple, yet so nuanced, refreshing, and enlightening, that it amazes me that most of us just missed it. My message to all is simple: Let us give due attention to our seniors! Don’t reject, but reply to their messages, and make them feel heard and connected.”

Furthering the brand ethos of Positive Ageing, the #ReplyDontReject campaign aims to make everyone take the pledge to not reject but reply to the messages from seniors. A pledge form has been integrated in the microsite of the website of Columbia Pacific Communities  www.columbiacommunities.in/toseniorswithlove, where people will be able to take a pledge – a promise to reply to every forward they receive from seniors and reach out to them to make them feel less alone.

The brand also launched a unique product for seniors, Cards Against Uncertainty on its website to sensitise people on the mental stress experienced by seniors amidst the pandemic as well as to promote mental health and wellbeing amongst the elderly. The pack of 52 cards contains a unique tip and mood enhancing suggestions on each card aimed at reducing stress, fear and feelings of despair.  The tips range from simple suggestions such as listening to music or doing a yoga asana to something more unconventional like writing a letter to yourself or practising mirror meditation. Considering that not all seniors are tech-savvy, the pack of cards is available in both digital and physical formats and can be experienced or ordered from the microsite www.columbiacommunities.in/toseniorswithlove  which will be live on August 21, 2021.

To further popularise the concept of positive ageing, veteran theatre artist Dolly Thakore will be joining an interactive Zoom session with seniors on August 21, 2021 to talk about how she wills herself to action and why she decided to author her debut book ‘Regrets, None’ at 78. Thakore will touch upon the creative process and interesting experiences and learnings through her writing journey. She will also speak about her career in acting and theatre and what role has ageing played in her career.

The #ReplyDontReject and Cards Against Uncertainty initiatives have been launched on the side-lines of the ongoing third annual edition of Platform 2021, a 45-day long virtual talent festival and community engagement initiative for senior citizens, organised by Columbia Pacific Communities to promote positive ageing and build social connect amongst its senior residents. Supporting the flagship initiative, TATA1mg and Friends Adult Diapers have partnered with Platform 2021 as the official e-Healthcare Partner and Hygiene Partner for the event respectively.