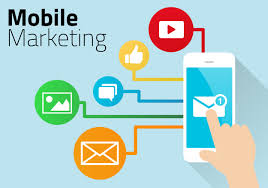 An app marketing firm Liftoff emails Mobile Marketing that based on their study more than 70% of the mobile marketers have been affected positively due to the COVID-19 pandemic. The companies said that the users are fully engaged in app downloads in the shopping, gaming, and finance categories have all reached a great height. App developers find user acquisition easy with CPI cost falling 7% to a low of $1.63. According to mobile measurements and prevention company adjust unjustifiable activity conducted by fake users is troublesome since it has increased to 15%.

Liftoff analyzed 623 billion impressions among 1051 apps for the annual Mobile App Trends Reports by working with data from Adjust and app analytics from App Annie. More than 80% of the mobile marketers realized that the apple’s plan to identify users of their devices, was a bad idea since the app wants to track their digital and internet activities to improve their ads was bad for its iOS mobile operating system. Almost 29% said they would convert their spending on media to rival Android next year while the other 44% are having doubt whether they should do so according to the survey conducted by Liftoff.

The COVID-19 has caused a massive change in consumer behavior like growing trends in the usage in mobile trends. But even still the cause of health problems has deeply affected the economy in India, especially in the marketing area. Due to this people would prefer to use their mobiles to satisfy their needs like ordering food, clothes, online banking, etc. Now almost everything can be done by mobile through digital networking. The increase in revenue was seen by almost 64% while rest the 35% increased their marketing budgets to help drive growth. Gaming apps and other entertainment apps have experienced an increase in revenue since people find it amusing.

Liftoff’s report has made a point that many of the mobile marketers are very much concerned about Apple’s new plan for the iOS mobile operating system. Mobile marketers have seen revenue that’s 82% greater on iOS than Android devices. After Apple updates its iOS14. Right now app developers have shown signs that they have interest in Apple with new app releasing on the platform that outpacing those on iOS by a ratio of three to one.

Author - October 15, 2021
0
The Reserve Bank of India has announced a new rule that locker holders can claim compensation up to 100 times the annual...