Phosphoric acid will be imported by Indian fertilizer businesses for 40% less money.

Indian fertilizer companies anticipate a decline in the price of phosphoric acid following the last quarter’s sharp drop in the price of DAP (Di-ammonium phosphate) internationally and are prepared to import it at a 40% discount to the price stated by international suppliers for the September quarter.

The corporations are prepared to pay between $1,000 and $1,050 per tonne, a significant decrease from the previous price of $1,715 per tonne for the previous quarter.

According to the Union Fertilizer Ministry, the prices should be below $1100 per tonne starting in October, and top corporations are hoping to purchase phosphoric acid at between $1000 and $1500 per tonne for the next quarter.

To enhance the availability of non-urea nutrients, Madras Fertilizers Ltd signed an arrangement last week to import 30,000 tonnes of phosphoric acid solution annually from Dubai-based Agrifields. 1.67 lakh tonnes of NPKs will be produced with this amount of phosphoric acid. The three-year deal is a big step toward giving Indian farmers more access to DAP and NPK fertilizer.

Mansukh Mandaviya, the Union Minister for Chemicals and Fertilizers, received the Memorandum of Understanding on Friday. In addition to addressing worldwide cartelization, he stated, “India’s ties with foreign producers for assuring a long-term supply of fertilizers to Indian farmers.”

Mandaviya remarked that phosphatic fertilizers are seeing a decline on a global scale and that in the next quarters, raw materials like phosphoric acid should exhibit a similar pattern.

The government of India has been forming supply agreements with international producers and suppliers to provide consistent, long-term availability of P&K fertilizers to Indian farmers, according to Mandaviya, given the country’s substantial dependency on imports of raw materials and fertilizer minerals.

Following the last quarter’s substantial drop in the price of DAP (Di-ammonium phosphate) internationally, Indian fertilizer businesses expect a decline in the price of phosphoric acid and are willing to import it at a 40% discount to the price quoted by overseas suppliers for the September quarter. 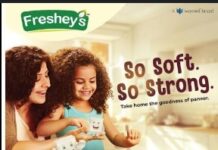 Passionate in Marketing - January 23, 2023
0
Meipada Sei is a film produced by BR Tamil Selvam on behalf of SR Harshit Pictures at a huge cost.