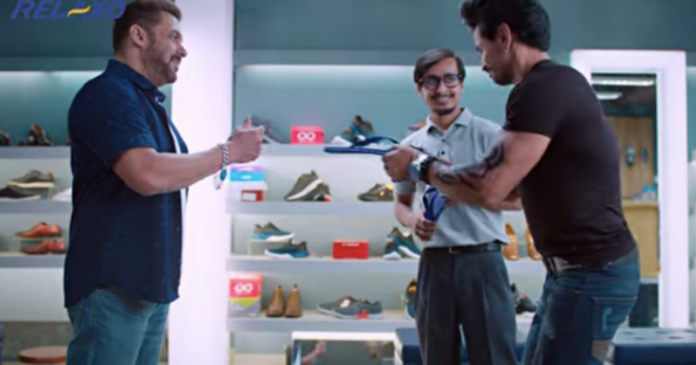 After a hiatus of eight long years, footwear brand Relaxo collaborated with Bollywood Megastar Salman Khan for a television advertising campaign. This time around they have returned with a bang for its flagship slippers, titled ‘Mazbooti Bemisaal’, starring Salman Khan.

The brand had announced in a press release on June 4th that they will be returning, after a long break of 8 years, back to television. In this latest campaign, their unique rubber slippers are depicted as tough and versatile by Salman Khan, who plays the shopkeeper. While they presented a colorful array of slippers and why it is so supreme in its performance, they have not missed out on the traditional style white and blue slippers.

In a press release, Gaurav Dua, executive director of sales and marketing, Relaxo, said, “Relaxo is a household name today.” He also mentioned the megastar about how his wide appeal across the nation worked well with their brand ethos and resonated well with how they conveyed the USP of #MazbootiBemisaal.

Trends have their composition of ups and downs, but some trends are forever. That is the reason why formal and closed-toe shoes are struggling during the pandemic. The general mass tends to spend more time at home and slippers have gained popularity exponentially. The financial results of Relaxo in the 4th quarter of 2021 provide evidence for this as the net profit leaped up by 97% and revenue rose by 38% year-on-year.

Well, Salman with his style of humor and charisma, coupled with an interaction that was interesting was the perfect blend to put a smile on the audience’s face after 8 years. Through creative exaggeration, Relaxo has held the trend in its time. Decades of superior performance and standing the test of time, Relaxo has claimed its demand among the general audience.

Established in 1984, Relaxo is the largest footwear manufacturer in India. Serving for almost four decades, it is ranked among the top 500 Most Valuable Companies. Synonymous with quality and affordability on the same page, it is a Fortune 500 (India) company that manufactures sandals, slippers, sports, and casual shoes. Selling under brands like Sparx, Flite, and Bahamas, Relaxo vends from top brand outlets across the country. Relaxo is a king with different varieties on the table for all sections of society.

upGrad to speed up sports advertising teamed up with Star Sports

Google Pay has roped with more banks for card tokenisation in...

All you need to know about the Covid advance facility

Do you know how a money doctor can help you?