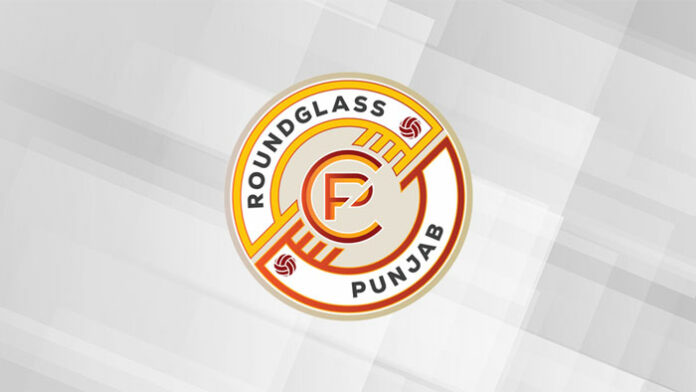 RoundGlass Punjab FC earned three points against Rajasthan FC, who started the game with nine players on the field.

From the start of the first half, RoundGlass Punjab FC showed its aggressive intent. Shankar Sampingiraj pushed opponent goalkeeper Vishal Joon into a stop in the fourth minute after finding room to shoot inside the penalty area.

In the ninth minute, Ashish Jha, who started on the left-wing, collected a pass from the right flank and fired from the edge of the penalty box. It did, however, go over the crossbar.

In the 18th minute, RoundGlass Punjab FC came close to taking the lead when the forward tandem of Travis Major and Kurtis Guthrie connected well to create a shooting opportunity for the latter. His shot sailed over the goalkeeper’s head and was scrambled away by the Rajasthan United defense. The ball was moved back into the box, but Travis’ shot with his outstretched leg failed to make the proper contact, and his effort was collected by Vishal.

RoundGlass Punjab FC’s aggressive perseverance paid off in the 27th minute, as Kurtis scored a goal with a great finish. The Englishman took advantage of a loose ball inside the Rajasthan penalty area and calmly hoisted the ball over an onrushing keeper and into the net for his maiden goal on Indian soil.

Joseba and Shankar Beitia tried their luck from long range but were unable to put the opposition’s goalkeeper to the test. Suranjit’s header was saved around the hour mark, while Ashish’s headed effort was deflected over the bar by Vishal a minute later. RoundGlass Punjab FC got a free-kick 20 yards from goal in the 71st minute.

Kurtis nearly doubled his score for the evening minutes later when he got his head to a deep cross from Aakash. His shot, however, missed the objective. In the 80th minute, he forced another stop from Vishal, this time from a cross from the right side.

RoundGlass Punjab FC made it two in the 90th minute as substitute Aphaoba Singh reacted quickly to head the ball in from close range after a corner kick caused havoc in the Rajasthan area. RoundGlass Punjab FC took the three points after a 2-0 victory.