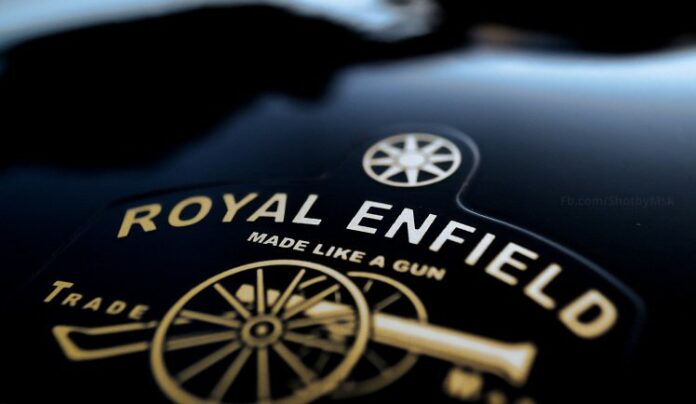 The motorbike brand Royal Enfield has designed an exclusive series of limited-edition helmets to commemorate its 120th anniversary, each inspired by a poster/advertorial from one of the brand’s twelve decades of history.

Each helmet is carefully painted and retells the events of the last 120 years.

And Gordon May, Royal Enfield Historian and Enthusiast, who is responsible for documenting the motorcycle’s history, discuss the process of creating these limited-edition helmets as well as their thoughts on the overall riding apparel market.

“One of the most critical pieces of protection equipment for each rider is a helmet. It is the first item that bikers purchase after acquiring their motorcycle. “

A personal helmet could not have been a better canvas,” Sood remarked.

The helmet represents the decade of the 1900s.

Royal Enfield will release two helmet designs each week for the following six weeks, one on Monday and one on Wednesday, with sales starting on Saturday and Sunday at 12 noon.

Each helmet design will be assigned a number ranging from 001/120 to 120/120. A postcard (real poster/advertorial artwork) with the tale motivation for that design will be included in the helmet box.

May’s first Royal Enfield commercial aided in the selection of the greatest story to tell.

While researching these stories was simple for him because he has been writing about the brand for the past two decades,

He described the process of selecting the stories for the helmets as a “real challenge,” saying that there are so many that it came down to deciding whether to focus on the story or the original posters from that decade, which the community will be able to relate to.

The helmet represents the decade of the 1910s.

“For example, during World War I, Royal Enfield produced sidecars with machine guns mounted on them, allowing men to reach to the frontlines and return fast.”

We discovered that it also built sidecar stretchers while looking into that story. “These were mobile ambulances that could rush to the front lines and rapidly transport the wounded,” he explained.

The 1910s helmet was inspired by a poster.

When asked how he came upon these stories, he explained that one narrative typically led to another.

“In the 1950s, Royal Enfield opened its first facility in Madras, and while researching that, I learned that in 1956, two young Indian students purchased one of the first Bullets off the assembly line and rode it all the way to the Royal Enfield factory in Redditch,” he continued.

“Since we’ve been able to bring in an accessible range, more women have started riding, either as riders or as pillion passengers. Women also shop for males.

Women may spend more because they’re upgrading their riding gear, but they spend significantly more on riding gear and motorcycle clothes than men,” he noted.