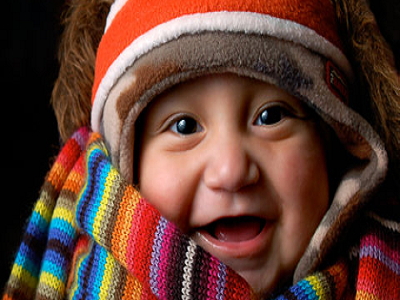 This year, there is a delay in peak winter in the Northern and Eastern parts of India as the season is not yet set in those regions. Owing to this delay, there is a drop in the sales of the season oriented products such as woolens, cold creams and chyawamprash. As this trend is repeating annually, consumer goods and FMCG manufacturers are forced to tweak their marketing and inventory strategies.

According to marketers and trade sources, there is a dip by 5 percent to 7 percent in the sales of products such as body lotions, cold creams, lip balm, specialized face care creams, dry fruits, chyawanprash, sweets, chikki and more in the general trade. On the other hand, there is a major 20 percent drop in the sales of jackets and footwear such as boots.

Notably, manufacturers are hoping to witness a drop in temperatures in a fortnight for the sales of winter products to shoot up.

Regarding this, Mohan Goenka, Director at Boroplus Lotion and Sona Chandi Chyawanprash maker Emami stated that the delay in the onset of winter has created a major impact on the sales of cold creams and lotions by 5 to 7 percent till the first week of December in comparison to the same period in 2013. The executive noted that the drop in sales of these products was not detectable till mid November, but its impact in retail sales of the winter personal care products is felt now.

He noted that, distributors are not loading fresh stock and are waiting for the retail sales movement to improve. Further, it is claimed that they will be monitoring sales for another week before concluding on this regard as there is some time left for the onset of winter that will result in the growth of the aforementioned products.

Furthermore, KK Chutani, Chief Marketing Officer and Executive Director, Consumer Care Business at Dabur claimed that there has been a delay in the onset of winter season to the later half of December. The firm has planned their marketing strategies accordingly. So far, the company has achieved amost 65 percent of chyawanprash sales that is growing 10 to 12 percent year-on-year.

Regarding this, Harkirat Singh, Managing Director of Apparel and Shoe Maker,Woodlandsaid that the sales of jackets and winterwear dropped by 20 percent in November as compared to the same period in 2013. While the delay in winter is a reason for this drop, the other significant reason is that November is also the marriage season. However, the executive is bullish that the loss will be compensated once the winter sales reach the peak.

Passionate In Marketing - July 3, 2020
0
SBI General Insurance has declared the dispatch of its new corporate brand character with an updated logo and the motto. The character...