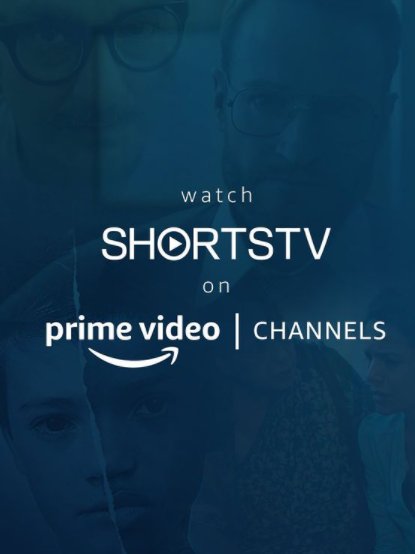 Mumbai, 26 October 2021: ShortsTV, the world’s first and only 24×7 linear and OTT channel dedicated to short form content, announces a partnership with Amazon to launch ShortsTV on Amazon Prime Video Channels in India.

ShortsTV is already broadcasted in India across major DTH platforms including Tata Sky, Airtel TV, Dish TV and d2h, and, earlier this year, entered India’s OTT world through the Airtel Xstream App. Through Amazon Prime Video, the world’s largest short form entertainment network will now extend its reach into the Indian heartland at a cost of just INR 299/- for a year.

Carter Pilcher, Chief Executive, ShortsTV, said, “ Short films are India’s cauldron of creative energy, with some of the world’s most surprising and interesting movies emerging in what can only be described as a post-Bollywood revolution.  We are thrilled to join with Amazon Prime Video to bring these ground-breaking films to audiences across the sub-continent on the Prime Video platform.  Our goal to bring the short film revolution to every hamlet in India is one step closer.”

“This partnership with Amazon Prime Video aims to reach a new set of highly engaged viewers. Our service will provide viewers with flexibility to watch their favourite shorts anytime, anywhere. Our strategy is to continue partnering with the top content aggregators in India and worldwide to present the largest selection of short films to our viewers,” added Tarun Sawhney, President – Asia, ShortsTV.

Further, Chaitanya Divan, Head  Prime Video Channels said, “We are excited to bring even more selection to our Prime members in India with the launch of Prime Video Channels. As consumers consume more content on-the-go and on their mobile phones, there has been increasing interest in short-form content in India, especially high quality short-films. We are happy to collaborate with ShortsTV and provide access to their deep library of short films from across the globe to Prime Members, with add-on subscription. Consumers can select, subscribe and enjoy their favourite short-form content all within the Prime Video app and website.”

With its unlimited streaming of the latest short movies and TV shows, ShortsTV in India features critically acclaimed stars such as Kajol, Rajkumar Rao, Shweta Tripathi, and others. In addition to an enviable selection of short films, the service also features various segments on local film festival coverage, film school vignettes, ‘making-of’ features, and interviews with directors, actors, and other leaders in the industry. ShortsTV is also available on Amazon Prime Video in the UK, the Netherlands, Italy, and Spain.