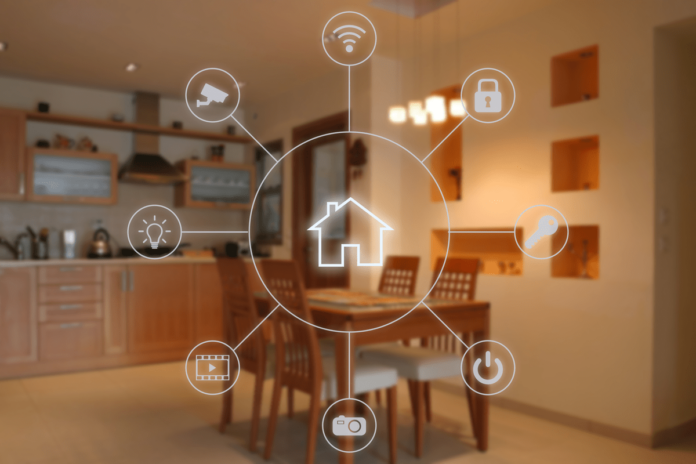 The major difficulties associated with smart homes were the systems developed to infer activities in one environment do not work when they are applied to a different one, because both the sensors and the activities are different.

To overcome this problem the UPV/EHU’s IXA group has used natural language processing techniques. They came up with an innovative idea that is to use words to represent the activation of both sensors as well as a human activity. The main purpose of a smart home is to make work easy for the people living inside it. A smart home system will control and monitor properties like lighting, climate, entertainment systems, and appliances in the home.

Applications for environment-aided daily life may have a major social impact, cherishing active aging and enabling older adults to remain independent for more continued. Many types of sensors are used to identify the changes by inhabitants in this environment such as turning lights on and off, opening and closing doors.

With the help of data analysis methods, the sensors generated data is processed. The most successful systems are based on supervised learning techniques, with controlling the data and an algorithm automatically learning the meaning. A drawback of the smart home is that a system trained in one environment cannot be valid to another. The algorithm learns things easily, but it is difficult to transfer them to a different environment.

Up to now, sensors have been identified using numbers. Dr. Azkune said that they have used names instead of using identifiers, so whatever the algorithm learns in one environment can be used in another or a different environment. Since their semantics are similar even if the sensors are not. That is the reason why they have used natural language processing techniques. The techniques used are automatic.

The algorithm learns the words 1st and then the representation that we develop using those words and there is no human interference.

Financials and IT sectors see the bulk of FPI selling

Rakesh Acharya - July 5, 2022
0
Fears of aggressive quantitative tightening by the US Federal Reserve to manage inflation have caused the selling of Indian stocks by foreign...