There are many small factories depending on the migrant workers from the eastern and northern states of Indian now struggling to restart due to the non-availability of the workforce. Manufacturing hubs across the South are gazing at the huge costs incurring.  As smaller enterprises in south India put more effort to resume factory works in between the easing of issues last week and removal of interstate movement restrictions, some key issues still remain. These include workforce shortages, transportation, debt pile-up and a credit crisis.

Recently, M K Hamsa, whose enterprise Southern Plywoods makes furniture for the small businesses across our country partially closed his Perumbavoor factory because of the pandemic. In Perumbavoor town of Kerala, Hamsa’s largest issue is that most of his labourers are from 3,500km away, in Assam state.

Hamsa said in his statement that, Last week he brought back 12 labours to Kochi via a flight. It cost him almost ₹6,000 per person. Now, they are under a 14-day quarantine period, and he is taking care of their expenses. About the cost, he doesn’t know if he will be able to get back more workforce or not. He further told; Locals in Kerala won’t employ at the low wage of migrant workers. His orders are coming up, and he needs to restart the production immediately.

Production hubs across South India are incurring huge costs. These small factories are built on the support of migrant labourers from north and eastern states. When the coronavirus attack hit, millions in pain set off on long travel to a home in independent India’s major domestic migration.

In Tirupur, India’s chief textile industrial centre where businessman Govindaraj is in similar difficulty. He has given free bus service for his travelling workers employed in his company SRG Apparels Ltd to return to the factory but finds it unmaintainable. He stated that He is transporting them by buses, they have to shelter them for a 14-day quarantine. For every single person, he is paying ₹10,000 in transportation alone. It is as expensive as a flight. This was the time when they receive the winter, spring and summer orders for the following year. But their manufacture is only back by 40 per cent.

The proprietors are doing a lot which they can to encourage them to return to work. Some are booking flights, several people are buying seats on coaches and everybody is craving for the recommencement of train services. Industry estimations say the migration of labour from Tirupur alone would number more than 120,000. 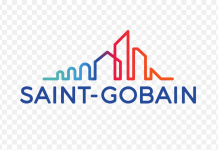