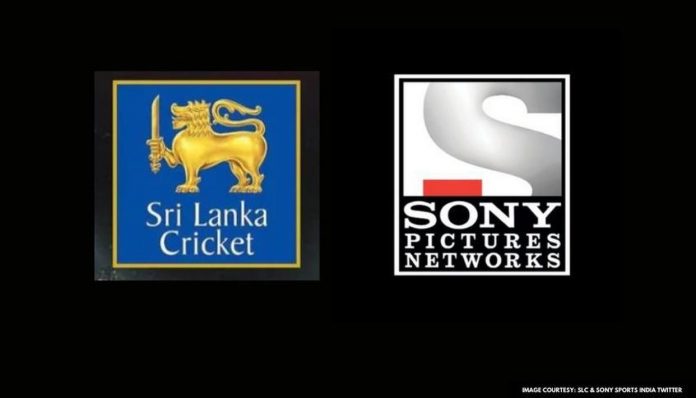 Sony Pictures Network India (SPN) has secured SCL’s exclusive rights to the global media for the next three years. Nevertheless, there is an exception in the country of Sri Lanka, where SLC has the internet and radio rights that it has held. This Agreement shall begin from 1 July 2020.

They also provide SPN with the only digital platform with digital rights to view all 92 days of LIVE cricket, consisting of 10 Test Matches, 24 ODIs, and 18 T20Is. All of these matches have already been approved by the ICC and will be played by the SLC between Sri Lanka’s senior men’s national cricket team and a visiting ICC member of the national cricket teams. In this regard, they added that they will also have access to Sri Lanka Cricket’s archival materials. In addition, they have been given the right to broadcast India to Sri Lanka to play the 6 T20Is and 3 ODIs, as well as one of the series scheduled for July 2021. This will also include the 3 T20Is, but the dates for the other series are yet to be confirmed.

From the beginning, Sri Lanka Cricket is considered to have some of the best cricketers in the world, such as Angelo Mathews, Lasith Malinga, Dimuth Karunaratne, Kusal Perera and many more legends. As the new Sri Lankan cricket team is ranked among the top 5 countries in the world according to the ICC Test rankings.

For that Sony Pictures has now been given rights not only to Sri Lanka Cricket but also to England and Wales Cricket Board, Cricket Australia and Cricket Ireland, and has more than 375 days of International, Big Bash T20 League and, lastly, England Domestic live cricket until the financial year 2022-23. It also involves some 31 days of cricket in India.

According to the Chief Revenue Officer of Sony Pictures Networks India, Rajesh Kaul said that India is one of the leading destinations for international cricket, and we are very excited to continue their association with Sri Lanka Cricket. It has built a portfolio of Sri Lanka Crickets through the acquisition of SPN. Likewise, the President of Sri Lanka, Shammi Silva, said he was very happy with the Sony Pictures Network India affiliate. I do want to maintain this friendship, which will greatly benefit both parties and aim to expand their future tour programs with them.

Passionate in Marketing - October 13, 2021
0
You Can Now Contribute to Community Causes Directly from Your Galaxy Devices Users can donate to projects around Global...