Titled “Where the greatest leave their mark”- the film opens with one of history’s most famous one-liners, the famous quote from Neil Armstrong, “That’s one small step for man, one giant leap for mankind.” Neil Armstrong became the first man to step on the moon on July 20th, 1969 in the Apollo 11 mission. Inspired by this quote, the promo voice-over explains how on the red clay soil “every great journey begins with a single step.” The film shows a montage of footage from previous French Open tournaments which emphasizes the journey of individual players, who have created a name for themselves. The film concludes with the line “Roland Garros where the greatest leave their mark,” in the history of the fabled event.

The promo captures how the sport demands peak physical conditioning, with extreme precision, agility, dexterity and perseverance that stretch you to your limits for every hard-earned point. The ones who overcome the demanding physical and mental challenges and take it head-on are the ones who emerge as ultimate champions and leave their mark in history.

Spain’s Rafael Nadal and Poland’s Iga Swiatek are the reigning champions. In Roland-Garros 2020, Rafael Nadal beat world No.1 Novak Djokovic after facing off in a Grand Slam final for the ninth time in their careers. Iga Swiatek became the fourth-youngest Roland-Garros woman’s singles champion after beating world No.4 Sofia Kenin in the final.

The 21st Parisian Grand Slam starting in three days will be a battleground for some live action from famous tennis players all across the globe. The championship matches can be viewed live and exclusive on Disney+ Hotstar VIP, Star Sports- Select1 & Select1HD, home to several premium international sports. 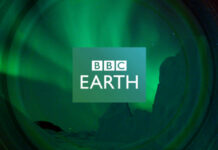 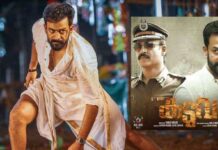 Vinivarshini Rangarajan - August 3, 2022
0
With a plan to make mindfulness about the urgent job of protein in the general prosperity among Indian grown-ups across age gatherings,...