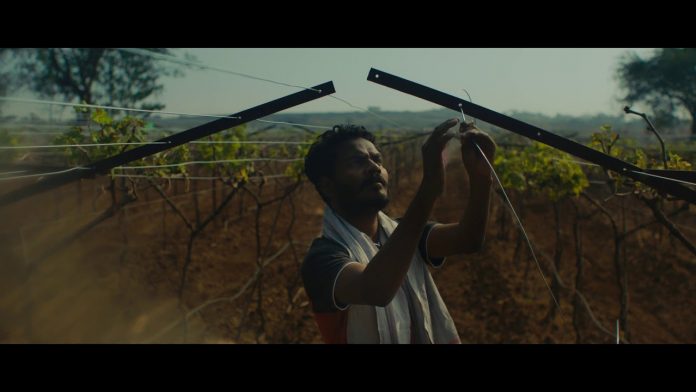 Tata Wiron (a brand of Global Wires India, Tata Steel) has launched its new brand film titled #SunhareKalKiOar. As a brand, Tata Wiron has always focused on building a better tomorrow and this is conveyed through the story of a grape farmer who is committed to make this happen. The film essentially portrays how Tata Wiron products are a constant source of trust and support for farmers – the backbone of our nation – to protect what’s perhaps most dear to them – their crops. In the film, the protagonist, a grape farmer, narrates a personal story about how his father has always inspired him to take care of each seed that he sows like his own child – one to rear, provide for, nurture and protect.

The farmer is keenly aware that the literal fruits of his labor are much more than just that, like every child growing up – they represent the potential and promise of tomorrow. Conceptualized by Tata Wiron’s digital agency partner YellowBulbs and produced by the studio Fickle Formula, the film was shot in lush grape farms of western ghats in Maharashtra. Commenting on the film, Anurag Pandey, Chief of Marketing and Sales, Global Wires India, Tata Steel, said: “At Tata Wiron, farmers form a core of our customer community. Stories like these reinstate our commitment to innovate and make a better quality of life for our customers. We sincerely hope this will build optimism as we move towards tomorrow with hope” “This film was loved from the moment we first narrated it to the Tata Wiron Team.

We have attempted to bring out the deep relationship of the farmer and his crop, like the unspoken and deep bond of a father and child. As a brand, Wiron is aware of the trust that farmers place on its products. The film captures exactly that and touches upon the role that Tata Wiron plays in their lives and their dreams of tomorrow.” says Vivek Modi, Co-Founder and CEO of YellowBulbs. When asked about the choice of form, Suman Sen, Co-Founder, Fickle Formula, said: “The film is an outcome of exploration. We wanted to create a tender yet emotionally layered film on relationships. The specific look has been created after a lot of experimentation, it’s one that gives the narrative, the most organic and intimate perspective. Each element of this film – from cinematography to the music to production design – has been carefully woven to bring out earthiness.

The subtle lyricism of the film denotes the core fabric of the brand.”