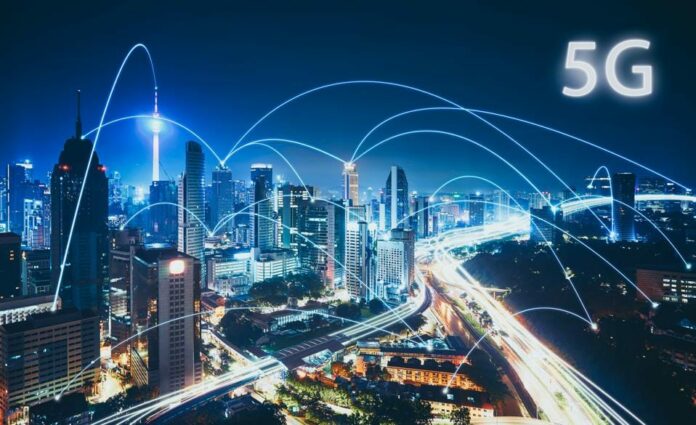 The turnaround round for the 5G spectrum begins with the dilemmas infographics of the companies that are rivaling the telecom industry for receiving the tender for 5G. As in the news, the auction for the 5G data service begins on Tuesday with the entry of the new competitor in the market, Adani Data Networks. The company is set to launch its captive market all around the nation that will extensively build the 5G network across various areas stronger. Adani would be soon deploying the captive networks across different regions of the country to observe the forecast of the upcoming 5G bid that it will present in the auction that will be held on Tuesday.

Other companies such as Reliance Jio Infocom Ltd, Bharti Airtel Ltd, and Vodafone Idea Ltd are all set to present their part of the bid in the auction. The spectrum auction will also present the different bandwidths that are being upheld by the private sector companies and would also look if the companies are capable enough to provide the absolute reach of the networks with the given spectrum. As an ocean of opportunities seen by all the rivals, the Adani group has planned to make the spectrum much bigger after the bid starts, it has ties with the MNCs that will give the company backend support for the auction and also provide the ground support assistance for developing their networks.

The only difference between Adani networks and Jio and Airtel telecom services is the type of service that, these companies are willing to provide to their customers. Jio telecom and Bharati Airtel tend to give all private and commercial range of networks to users, whereas on the contrary, Adani Data Networks are only working over their private data service that will be provided to the customers of reach. The government of India has deployed a range of 4.3 trillion INR worth of airwaves on sale for these private companies. And altogether counting the parts, the four big giants have submitted total money deposits of 21,800 crore INR that would be granting them to bid in the auction with a worth of 2.1 trillion INR that would be completely utilized for the spectrum auction. According to the critical analyst of the spectrum, they are recurring counts of around $54 billion worth of the spectrum that would be sold in the auction. The range of the spectrum reserve as analyzed is estimated between $13-20 billion worth of investment.