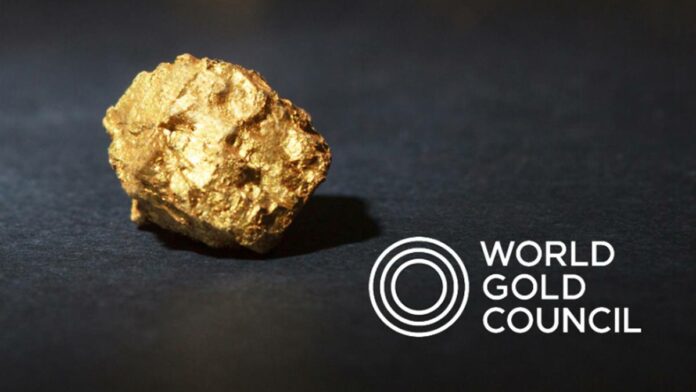 The World Gold Council has launched its first immersive documentary series showcasing gold’s impact on humanity’s past, present and future. A five-episode series explores the metal’s history, cultural relevance and technological uses. Featuring experts and stories from around the world, exploring gold’s world-changing impact as an engineering super-material, biological instrument, symbolic creative medium and economic pillar. It is presented by Hannah Fry, a professor in the Mathematics of Cities, best-selling author and award-winning TV host. Filmed across the globe, the series features experts including include clean-tech pioneer Phil de Luna; Tawny Chatmon, an artist who works with gold leaf; and with a former F1 championship-winning mechanic.

Each episode of around 10 minutes is available on the website TheGoldenThread.gold.org  from Tuesday, November 16, 2021. The first episode was launched on YouTube as well, with remaining 4 episodes appearing on the platform weekly thereafter. Overtime the website will also allow viewers to explore various topics in further detail with additional stories that will be presented in a variety of immersive formats.

James Spake, Global Head of Digital Marketing, World Gold Council, said: “The documentary series follows the role of gold from our past, though the present and into the future, from art and culture to science and technology. It demonstrates the essential role of gold, its undeniable utility and its power to advance humankind. The purpose of the documentary is to increase the relevance and consideration of gold in the minds of investors and consumers alike.

We couldn’t be more proud of this series, which is one of the most ambitious bodies of content our organisation has ever created. Gold is fascinating in the way it touches every part of our lives and it’s been a pleasure to bring this to life to such a high standard. The dedicated website is an immersive exhibition of gold that promises to intrigue and inform our visitors.”

The Golden Thread was created in partnership with the World Gold Council’s creative agency AKQA alongside production agency The Progress Film Company.

Paul Ostryzniuk, Group Creative Director, AKQA said: “With The Golden Thread, we share stories of a metal almost all people recognise, many people possess, yet few people grasp how diverse and empowering it has proven for humanity. Throughout the production, our team was constantly surprised by the legacy and future of this incredible material. It is a canvas for imagination that appears everlasting, and telling its story became an act of repeating our surprise with inquisitive audiences.

The World Gold Council trusted our studio to deliver a brand-first in storytelling, and in doing so have created a fascinating insight into the versatility and potential of one of the most recognisable materials in the world.”

The entire five-episode series can be watched on https://thegoldenthread.gold.org/

Episode 1: The Next Frontier

Witness gold’s contribution to our exploration of the cosmos, its application in our potential for interplanetary civilisations, and our recently realised understanding of how our gold arrived on Earth four billion years ago. Episode features expert interviews from space scientists leading active missions.

Gold is a symbol to tell us something special. Gold has transcended cultures and continents to consistently symbolise a prized and sacred status. It holds meaning and is now being used to make meaning within quantum computing – solving some of the great unknowns of the universe. Includes rare film access to the goddess Lakshmi Temple in India, and a genuine Croesus Coin, a 2,500 year old example of one of the first currencies in the world.

Gold’s medical capabilities have been theorised for centuries, and are now being proven true. From individualised medicine to diagnostic tests, from cancer-targeting nanoparticles to electronic wearables, see how gold is transforming our bodies. With first-hand explanations of the capabilities of the smallest nanoparticles of gold.

Whenever civilisation has made an advance forwards, gold has often been the spark for its development. Whether through science, medicine, the economy or religion, discover how gold has been a catalyst for our modern world. A summary of the series and a reflection on the future potential of gold as a continued stimulant for advancement.