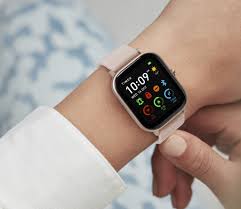 Timex, a watch manufacturer company has launched its premium active smartwatch in India. Timex has introduced two smartwatches in the premium segment under the iConnect moniker. In the latest series of smartwatches, the company has tried to mix fashion with fitness, it has been pointed out that the smartwatches will take care of the fashion addict in us because of the metal straps along with the fitness activities.

Ajay Dhyani the Head-Marketing and e-commerce of Timex Group commented that they are quite happy to launch the iConnect premium active in India. He pointed out that the product was introduced to remind the people about the increasing number of fitness and fashion to the people. All of their work includes cutting-edge techniques and iConnect by Timex is proof of that. He also added that the new smartwatch has several features that will help their customer to stay on the top of their game at an incredible value.

The newly launched smartwatch of Timex with silicon straps are priced at Rs 6995 while the ones with metal straps are priced at Rs 7295. The company had informed the customers that the premium smartwatches are available on the official website of Timex and other authorized Timex retailers. The company has taken a lead in the fashion game by introducing stainless steel mesh bands over silicon straps. Other than fitness purpose the watches can be worn during parties and other important occasions which indicate the effectiveness of the smartwatches. Timex has made the price low compared to other competitors. The smartwatches come with features like direct notifications for text, call and calendar events, heart rate sensors, activity tracking, sleep tracking, etc. Timex claims that the watch comes with a battery backup of 5 days.