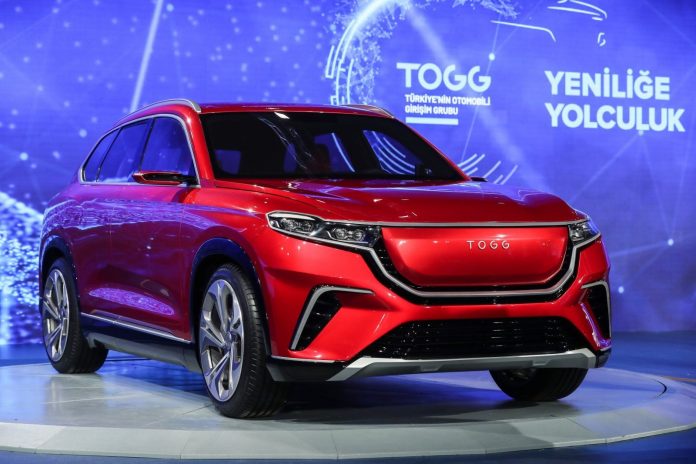 In the last few years, Electric vehicles are slowly gaining prominence in the automotive sector and it will not be long before they become more established. They have shown the world that they are at-least equitable if not mostly superior in performance to their ICE engine counterparts. Despite the myths about these electric cars, it is still an excitement for all the customers.

Having said this, there is a piece of recent news that is a treat to all the automobile lovers.

Turkish President RecepTayyipErdoğan at a meet unveiled a couple of all-electric vehicle prototypes that will launch TOGG, a new state-supported automotive enterprise. The first vehicle which is a compact SUV is expected by 2022. An investment of $3.7 billion will enable and an output of about 175,000 EVs a year. The electric SUV unveiled last week used rehashed 2017 designs from Italy’s Pininfarina.

The vehicles are expected to provide no less than about 186 miles in range, although details about battery size are not yet known. There will be a base option with a single 200-horsepower motor in a rear-wheel-drive configuration. A second dual-motor, the all-wheel-drive 400-hp variant could provide up to 300 miles on a single charge.

TOGG said the single-motor RWD model will go from zero to 62 mph in 7.6 seconds, while the dual-motor version will take 4.8 seconds to cover the same distance.

The vehicles, including a crossover SUV and sedan, will be provided with DC Quick-Charging up to 150 kilowatts. Automated driving features are also being evaluated.

The group wants to sell the car domestically, and also plans to turn TOGG into an international brand. The factory will be located in Bursa, a manufacturing hub. The factory, scheduled to be completed in 2021, is expected to employ 4,300 people.

The investment could be spent over 13 years. Erdoğan also plans to build EV charging infrastructure in Turkey, making it ready by 2022 in time for the first vehicle’s release.

The launch of this car is a threat to most of the automobile manufactures. Adding on this is also a great offering to the customers and hoping for the best to come and rock the market.

Lionel Norvin Nestor - October 21, 2021
0
Consumer prices rose a bit more than anticipation in September. The Labor Department on Wednesday reported that this happened following food and...