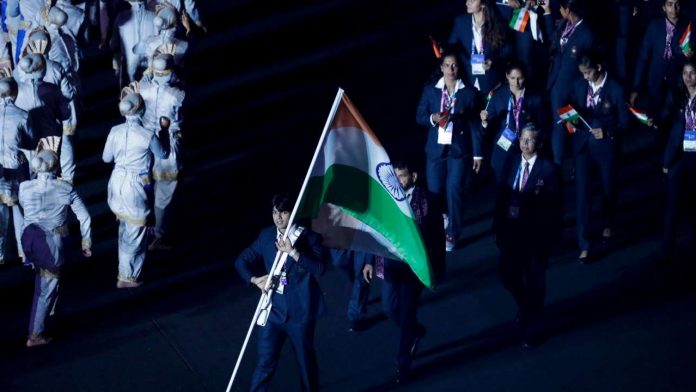 As the world officially celebrated the 125th anniversary of the first modern Olympic Games on 6th April 2021; athletes and sports enthusiasts around the world are braced up for the curtains to unfurl for the 32nd Summer Olympics- Tokyo 2020. Hon’ble Minister of State (I/C) of the Ministry of Youth Affairs and Sports, Shri Kiren Rijiju, along with Sony Pictures Sports Network, will be leading the ‘Hum Honge Kamyaab’ campaign to support the Indian athletes who will be representing the country for the forthcoming games.

The film for the ‘Hum Honge Kamyaab’ campaign, will feature the Hon’ble sports minister encouraging the Indian contingent to win accolades at the 2020 Summer Olympics, which is to be held in Tokyo, Japan from 23rd July 2021 to 8th August 2021.

Through this campaign, Sony Pictures Sports Network aims at giving the athletes fair recognition, by drawing the attention of 1.3 billion citizens and providing updates about the athletes who will be representing them for the Games of the XXXII Olympiad.

As of date, 86 Indian athletes, including two teams (Indian men’s and women’s hockey team), have qualified for the forthcoming Olympic Games. This includes athletes spread across domains of track and field, wrestling, archery, shooting, boxing and table tennis.

The ‘Hum Honge Kamyaab’ campaign also draws attention towards emerging Indian athletes in unusual and unconventional sports like Equestrian or Fencing, which will be featuring Indian athletes for the first time at the grand sporting stage.

The International Olympic Committee (IOC) has also approved the addition of new sports like sport climbing, surfing, skateboarding, karate, softball and baseball for the upcoming games. With these new sports set to debut at the 2020 Olympic Games in Tokyo, the ‘Hum Honge Kamyaab’ campaign is bound to go a long way in terms of raising awareness among Indian citizens about the countless opportunities in the field of sports and games.

Despite the games being rescheduled due to the COVID-19 pandemic, the stage is now set for the World’s biggest multi-sport event to be hosted in Tokyo, Japan. Minister of Youth Affairs and Sports, Shri Kiren Rijiju and SPSN through the ‘Hum Honge Kamyaab’ campaign will be sparkling the flame among millions of Indians to support the Indian contingent to win accolades and break records, so that the Indian tricolour may always fly high.

Passionate in Marketing - December 2, 2021
0
~This industry-first initiative is a one-of-a-kind disruption which will empower consumers with knowledge ~ Mumbai 1st December 2021: Trusted by...