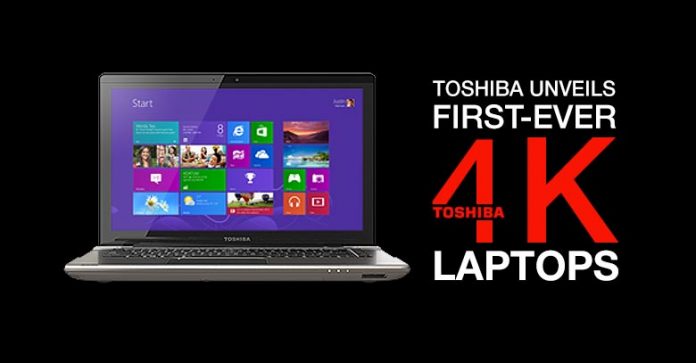 The other devices which were unveiled include the detachable 2 in 1 laptop Portege Z10t-A and Satellite L30W. These devices could be used both as notebook and as a tablet. Priced at Rs.53,520 this new range of 2 in 1s would be available from next month onwards in India. Toshiba also unveiled other notebooks including Satellite S40 and Satellite L range. The former is priced at Rs.50,790 and the later between Rs.25,785 and Rs.51,340.

Speaking on the occasion of the launch of these new devices, Sanjay Warke, Toshiba Country Head India (DS Division) told PTI, “The Indian market itself has a lot of potential; it is still an under-penetrated market. These new innovations will help us expand our presence and market share to double digits. We aim to be among the top three players this fiscal (by March 2015).” He further added that the company which is looking to expand its retail stores to 100 by the end of this year would be exploring the possibility of exclusively launching tablets in the Indian market.

Passionate In Marketing - July 4, 2020
0
Gold Loan NBFC Muthoot Finance has presented another memorable facility referred to as [email protected] service which helps the clients to gain some...