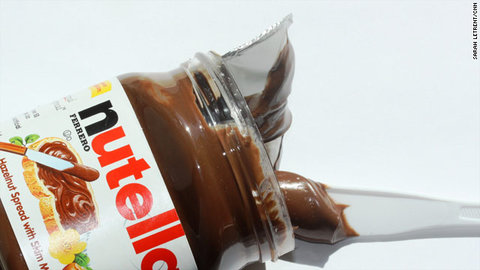 The Italian company, Ferraro, involved in the manufacture of one of the world’s most lovable food Nutella, has pulled on a pall of gloom for the fans. The company has indirectly ordered for the darkening of the World Nutella Day with the order of prohibiting the name of the product in the public. World Nutella Day is celebrated on the 5th of February every year from 2007 and it was started by Sara Rosso, a diehard fan of the product. It has also ordered the removal of the Nutella fan pages from the social networking sites such as Facebook and Twitter too.

The orders are set to come into effect from the 25th of May according to the cease and desist letter the company had sent to Ms. Rosso. The letter warned the fan against using the product name in public anymore failing which she is to be sued in court. The event has caught the fans in a state of surprise and disappointment. The dismay of the fans around the globe is turning into anger and many of them have already vented their emotions with comments in various social media platforms.

Nutella, the hazel nut chocolate spread had the market up in its arms after the release, stealing the hearts of the young and old alike. The name has become a household one within a very short span of time. There have even been cases reported on Nutella thieves. The brand does not need any more promoting or advertisement but still the question remains at large. Why has the company resorted to such a drastic step out of the blue?

A possible answer would be the dealings with the brand equity of Nutella. The company cannot have the equity of its brand at stake with new pages and other events with the name of the product cropping up every time so frequently. They could have foreseen events where things could go wrong which would hurt the name of the company as well as the product. All these unofficial events have such a potent risk.