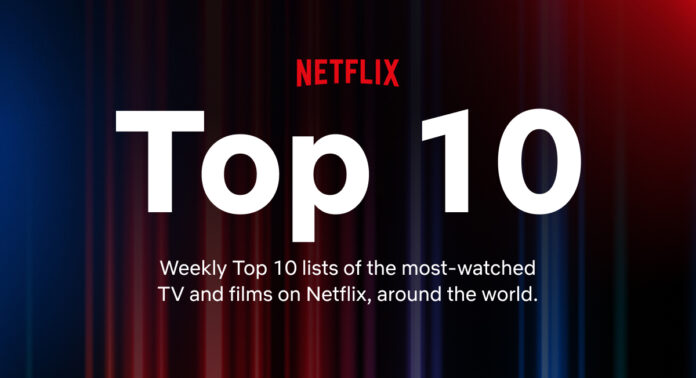 This week, half the Netflix’s Global Non-English Top 10 films featured are from India. This is the first time the same country’s films have occupied such a space since the launch of the Global Top 10 in 2021.

The movie that hit the #1 hashtag on Netflix is Alia Bhatt starrer Gangubai Kathiawadi. This continues to trend along with last week’s action-thriller Thar. The other movies made to the top 10 were Tamil action thriller Beast and its Hindi version Raw, and romantic drama Radhe Shayam’s Hindi version.

Pratiksha Rao, Director-Flim and Licensing, Netflix India, said, “Films have always been integral to the rich storytelling culture in India and the diversity and variety of films being made today, from all corners of the country, is incredible.”

“Our members in India love watching films – evident from how on Netflix, films conjure a bigger percentage of viewing in India than they are doing globally,” added Pratiksha Rao.

“Streaming has the unique ability to mix the best of entertainment and technology, enabling great stories to travel and making global entertainment a reality. We are thrilled to see Indian films on Netflix find audiences across the country and therefore the world,” continued Pratiksha Rao.

Netflix was the primary streamer in India to enter into original films which include hits like Lust Stories, Jagame Thandhiram (Tamil), the Disciple (Marathi), and Malayalam cinema’s favorite superhero film Minnal Murali.

The next in line to include on Netflix are Jersey (May 20), and RRR (Hindi) along with original films like Vishal Bhardwaj’s Khufiya, Vasan Bala’s Monica, O My Darling, and Zoya Akhtar’s The Archies.

In addition, Netflix partners with the Indian film industry to provide great theatrical films to its members like Badhaai Do, Sooryavanshi, Kurup, Shyam Singha Roy, and Beast.

Raunak Jha - July 1, 2022
0
Intel India is working on the semiconductor industry in our country. It is starting its work on the manufacturing and supply of...