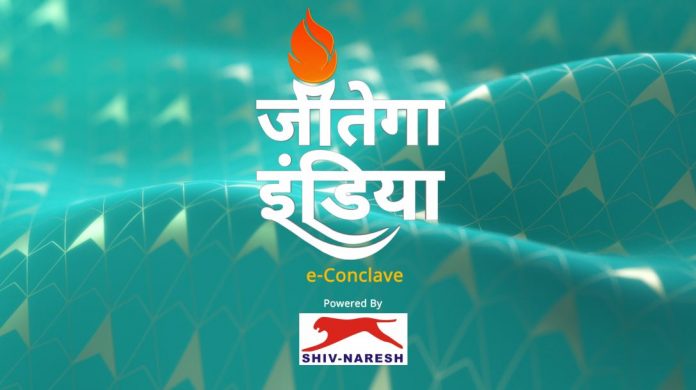 Noida, 23rd July 2021: As the Olympic Games are all set to commence from 23rd July in Tokyo,ABP News, hosted a special e-conclave ‘Jeetega India’, yesterday. At this e-conclave, various honorable dignitaries from the Indian Sports fraternity presented their views and expectations on the Tokyo Olympics 2021.

Winner of multiple Grand Slam titles, Leander Paes spoke on the e-conclave about how COVID-19 would have a massive impact on the 2021 Tokyo Olympics. “Due to a delay of one year, a lot of things have changed. Rankings have changed. Players have had to reinvent themselves, elongate their trainings and what not. For a 100 metre race, athletes have to wait for 4 years for just 9 seconds. But such is life and such is sports. We have to continuously adapt ourselves.”

ABP News has been dedicatedly focusing on creative and engaging ways to connect with the youth through special virtual events and conclaves. In fact, one of the key objectives of this e-conclave was to encourage youngsters to pursue their sporting ambitions and contribute towards the growth of the sporting culture in India.

These panelists shared their insights and experiences on few memorable Olympic matches, the Olympic greats, Olympics world politics, and other in-depth stories from the world of sports.

The Olympics has the world’s largest sports audience, and unlike other sporting event, it attracts massive viewership. The Tokyo Olympics 2021 are expected to be no exception. With this in mind, ‘Jeetega India,’ with its specific focus on the youth, opens up sponsorship opportunities for businesses wanting to interact with a wide range of viewers.

The quadrennial event will soon bring together viewers around the globe, to celebrate sports on a grand scale. With the world still recovering from the numerous implications of the pandemic, the Olympics will be a much-needed celebration of the joy of victory, the agony of defeat, and everything in between.

Speaking about the e-conclave, Mr. Avinash Pandey, CEO, ABP Network said, “The ‘Jeetega India’ e-conclave is the first of many programming initiatives planned for the 2021 Tokyo Olympics. At ABP News, we are committed towards practicing and exhibiting our journalism in innovative and compelling ways. Our aim with such initiatives is to bring the entire country together in supporting our Olympics-bound athletes and encourage more youngsters to step into the exciting world of sports.”