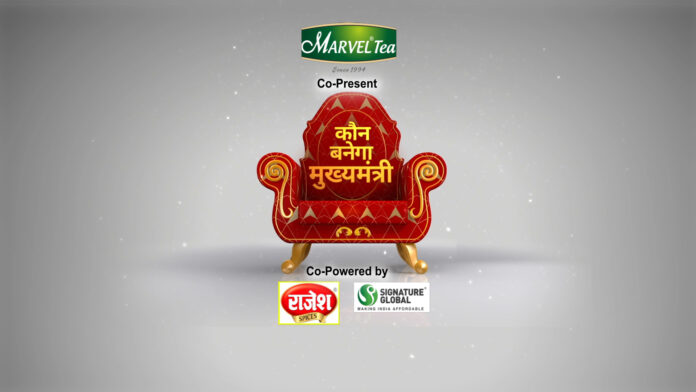 Noida, 9th September 2021: Upholding its commitment to keep the viewers informed about the developments of the upcoming assembly elections in India, ABP News has kick started its much anticipated election-special programming, ‘Kaun Banega Mukhyamantri’. This programming would be engaging as ever with the six months new programming lineup for the five upcoming assembly elections- Uttar Pradesh, Punjab, Uttarakhand, Goa and Manipur. Initiating the programming six months ahead of the polls indicates an in depth and informative content for the viewers.

During the programming, all eyes would be on the coverage of Uttar Pradesh and Punjab elections as Uttar Pradesh continues to play a crucial role in national party election plans as well as the larger political landscape and as for Punjab, much is to be expected due to the recent disruptions erupted in the light of the controversial farm laws. This aspect might play a key role in shaping the theme of the elections as well as its coverage.

‘Kaun Banega Mukhyamantri’ is one of the biggest and oldest election property and for this year’s mega elections and political analysis, the programming includes live on-the-ground debate, carefully curated content on state politics and history, a travelogue, opinion surveys, exit polls, an extensive on air and on the ground programming plan and counting day coverage. The first opinion poll conducted across the five election bound states by ABP along with its research partner – CVoter (Centre for Voting Opinion & Trends in Election Research), has already been published, setting the ball rolling for this election season. To make matters more interesting, ABP News has been able to bag some power packed sponsors. The presenting sponsor of the programming will be Marvel Tea and it would be co-powered by Rajesh Masale and Signature Global.

Moreover, similar to the previous assembly elections, ABP Live and ABP News’ Social Media Platforms will be extremely active during the polls in order to provide a thorough and unique coverage of the elections.

Sharing his thoughts, Mr. Avinash Pandey, CEO, ABP Network said “It is ABP’s aim is to keep our viewers well informed about every smallest details with regards to elections. We have directed our efforts to present a comprehensive programming in the election season that will cater to every segment of the electorate and our viewers across India. It is our long standing commitment to present our viewers with the best news and current affairs content and reportage. Unlike other channels, we have started the coverage and programming of the upcoming assembly elections well before time. This step will serve people in making conscious and well informed decisions on choosing their representatives. We remain dedicated to ensuring credible and fact based coverage of events and will highlight the real issues that affect people in the poll bound states.”

Speaking on the sponsorship, Mr. Praveen Jain, Managing Director, Marvel Limited said “With assembly elections looming in five states, we’re thrilled to collaborate with ABP News on their special programming initiatives. We keep innovating and moving forward by giving the highest quality and value for money to our customers, thus partnering with ABP News, who share our values, was essential. We are certain that partnering with ABP News would help the brand reach new heights in the digital world.”

Nitin Pillai - September 18, 2021
0
Crypto exchanging bots are PC programs that produce and send purchase and offer requests to trades as per the guidelines of a...