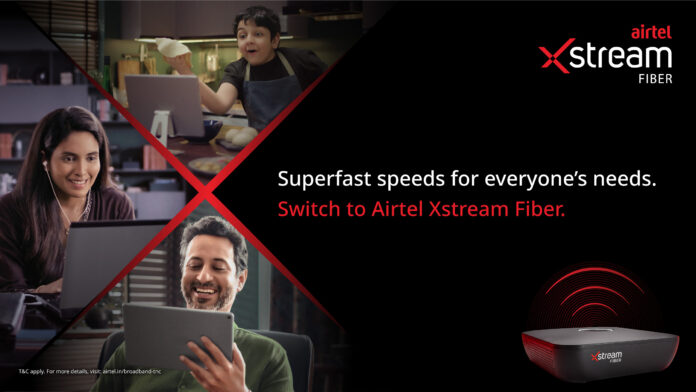 National | 27 June, 2022: Airtel Xstream Fiber has launched a new campaign to showcase its superior connection and service, which aims to solve bandwidth issues commonly encountered by broadband users. Conceptualised by DDB Mudra, the campaign has been developed to establish the product and its benefits in comparison with regular broadband services.

Since the pandemic, every household has seen an increase in their internet consumption – for school, work, entertainment and more. However, with all devices connected to the same internet connection, bandwidth and connectivity issues are common. Backed by this insight, the campaign showcases an urban family’s dissatisfying virtual experience caused by a slow internet connection. The film ends as it explains the benefits of an Airtel Xtream Fiber connection.

Pallavi Chakravarti, Creative Head – West, DDB Mudra says, “On-off-on-off is a mantra no one wants to chant, but invariably does, when living with poor broadband at home. If everyone in a family is plugged in, something’s got to give. We translated this pain-point into a fun campaign which paved the way for our solution to make a seamless entry and save the day.”

The campaign has been amplified on various consumer touchpoints including TV, print, digital, outdoor and cinema.

With over 4.8 Mn existing customers, Airtel Xstream Fiber is available in 847 cities and towns across India. It aims to scale this footprint to 2000 towns by 2025. The company plans to grow its home broadband installations to 40 Mn during the same period. 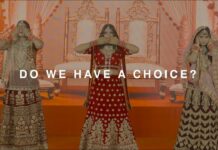 Passionate in Marketing - August 9, 2022
0
The digital campaign conveys the eternal promise between siblings while also advocating BL Agro’s initiative that normalises men shouldering the responsibility of...