Sony SAB’s Alibaba Dastaan-e-Kabul is keeping the audience glued to their TV screens with exciting twists and turns in Ali’s life. Last week, we saw Ali disguise himself as one of the chors to escape SimSim’s cave. After this exciting twist, viewers can’t wait to see what happens next!

On Ali’s return, Daadi Jaan treated his bruises and made him understand the reasons why his magic didn’t work in the cave. She helped Ali realize that the magic he has needs to be practiced, in order to be mastered. Meanwhile, a furious SimSim decides to attack Parwaaz since she now knows Ali is based in the town. To destroy the town of Parwaaz, she orders her loyal gang of thieves to attack it. Based on the lessons from her previous defeat, SimSim creates a new thief, Dajjal, who will show his evil side to the awaam of Parwaaz by using his electric powers on them. Dajjal has been commanded to stop only when he finds the man with the Talisman. In the upcoming track, many commoners will be attacked and killed. While the people are running helter-skelter to save their lives and are praying for some help, Ali will play the Messiah for them and cleverly use his magic to protect them from the heinous attack of the thieves.

Will Ali be successful in saving the people? Will Dajjal kill Ali with his electric current?

Sheezan Khan, portraying the role of Ali baba, commented on the upcoming track, saying, “I’m very grateful to the audiences and viewers who have showered so much love on Ali and the show. Ali is on his journey to master the art of magic through dedicated practice and on this journey, he will face roadblocks, too. Just like Ali escaping from SimSim’s cave in the disguise of a chor, many such exciting turns are coming up in the upcoming track. One of them is SimSim’s chors’ attack on Parwaaz and its aawam. Such circumstances will give Ali an opportunity to practice his magic and master it. I hope my viewers continue to take part in Ali’s journey and keep watching Alibaba Dastaan-e-Kabul.” 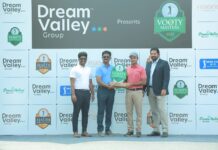