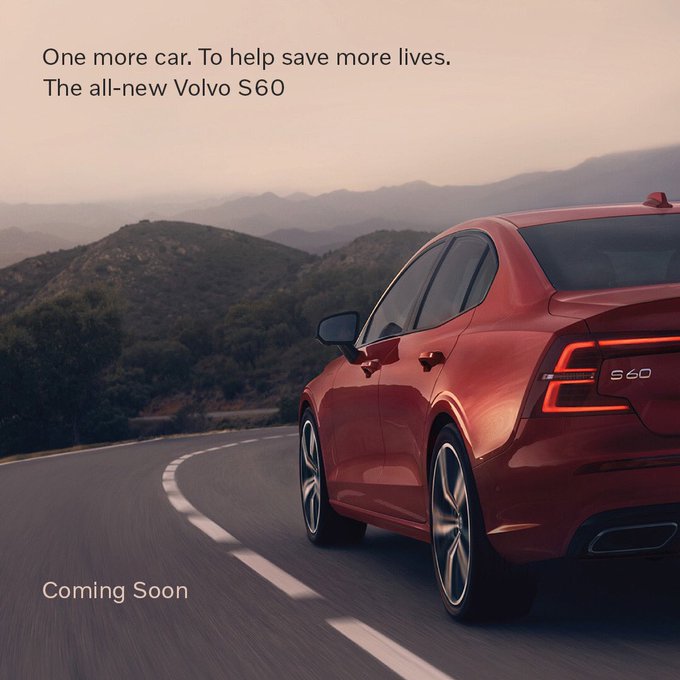 Advertisement based on the launch of 2021 Volvo for S60 was posted on January 7. A guarantee to save lives has such an effect nowadays and after watching its promotional ad the first response would be that it is mere copywriting because it felt like the advertiser was simply attempting to make the commercial advertisement and wanted to just pander it to a mass audience.

The vehicle brand must allude to a type of security-related innovation or highlight, at a less sane level it seemed like it was exploiting my feelings of dread existing apart from everything else. And at that time Volvo’s secret for the forthcoming S60 could be identified with the sort of well-being highlight as their plus.

They designed the world-acclaimed 3 point safety belt in 1959! The best part they didn’t patent their innovation and let other vehicle producers execute their well-being. They helped the car world out and even today vehicle producers allude to Volvo to find security highlights. Their vehicles have gained notoriety for being protected right from their origin. Truth be told, it has become a foundation of the brand’s character. Users have consistently been at the core of Volvo’s way of thinking.

It is fascinating to perceive how Volvo keeps the fact of the matter is in discovering approaches to keep up the brand’s difference and situating on the lookout. All things considered, the correspondence might have been exceptional and keener, both in advanced just as on TV.

Unfortunately, people do state that this is an instance of making a brand’s situating abruptly appear to be sharp. There is no ulterior rationale in Volvo embracing this position since the brand has been known to be the most secure vehicle for a long time.

As usual, people do anticipate that a Volvo should save lives. Expect the new Volvo S60 soon as at any rate in India this appeared to have abandoned the most secure vehicle situating for a long time and it’s acceptable that they have now gotten back to it.

Passionate in Marketing - September 28, 2022
0
New Delhi: JKCement WallMaxX has unveiled the new phase of its #AndarSeSundar campaign to celebrate the spirit of the festive season. The latest campaign #AndarSeSundar2.0 recognises...