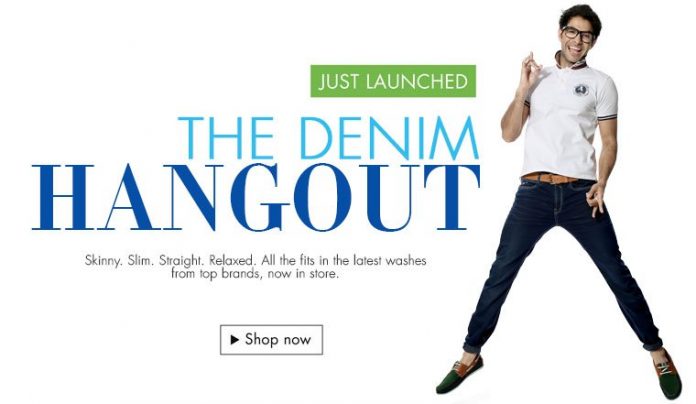 June 5, 2014: World’s biggest e-tailer Amazon.in announced the launch of its new hangout for men’s apparel ‘Denim Hangout’. Announcing the foray of Amazon into men’s apparel and men’s innerwear stores, the company said that Denim Hangout is especially for men and caters to their various lifestyle needs. Denim Hangout of Amazon will have more than 1,300 styles in men’s inner wear and 1,500 styles in Denim wear. The market place would be having both popular and international brands at good deals.

Denim Hangout would be having T-shirts, waistcoats, Denim shirts, jackets apart from accessories like belts, shoes, wallets, caps, bags, wrist bands etc. More product categories in men’s wear would be added to the store in the future.

Speaking about the launch of Denim Hangout, Vikas Purohit, Category Leader, fashion, Amazon India said “The average number of denims a man has in his wardrobe is four. Chances are that they are all of the same fit, wash and style. Once they have decided a fit or wash tone, men refrain from stepping out of the familiar zone. The Denim Hangout at Amazon.in breaks down the elements of denim lifestyle and simplifies it for our customers.”

He further added that, ““Almost half of the innerwear market in India is unorganized and unstructured with inner wear often sold in an unengaging ambience leading to awkward conversations with sales staffs that both male and female shoppers choose to avoid. Amazon.in recognizes this and endeavors to make it less traumatic for men to shop for essentials. Not only is the selection exhaustive but also presented to appeal to both genders alike,”
The denim hangout would be having men’s wear brands like Levis, Pepe Jeans London, Lee and Wrangler, among others.

Passionate In Marketing - April 8, 2013
0
April 8, 2013: Social media is fast becoming a powerful tool for brands across the world to connect to their target groups. Even IPL...

Dealing with your MPO Partner – An IT firm perspective