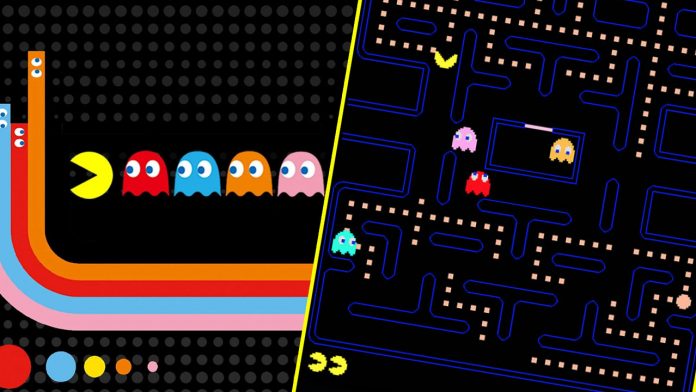 Amazon Prime Video is about to set colors for the awaited Amazon Original Series LOL -Hasse Toh Phasse, where we could witness the transition from the chaotic and joyful madhouse into PAC-MAN maze. This series will begin streaming from may 3, and will also introduce us to a limited-edition of Lol Pac- Man game. This Game is part of their consumer interactive campaign coded for the unscripted comedy reality show.

This maze chase video game consists of a show host and comedians as Pac-Man icons. While the player can select their favorite comedians to play the game. They will also attempt to pull away from the hosts like Boman Iranil and Arshad Warsi’s sharp and vigilant watch. Players of this game have to win rewards as much as possible within their 3 lives. They will explore through 3 challenging and torturous levels, including engaging, addictive web, and mobile(IOS & Android) interface. This limited edition will have gaming fans and enthusiasts, who are already hooked. They will also bestow us the step-by-step guide and will aid us with instructions to play this game.

In the first step, players have to visit www.lolpacma.com  and they have to pick up their favorite PAC-MAN characters from LOL- Hasse Toh Phasse. Thereafter, they have to shun away from Boman and Arshad vigilant watch. Later, they have to pass through the 3 levels with difficult tasks. Throughout the game, you will have to obtain coins on your path to keep in your kitty. Eat power pellets to involve mysteries in hosts and could win bonus points. Thereafter, you can gamble into your next level. In the last step, you will be insane.

As part of this campaign, American Original Series has introduced an interactive campaign titled “LastSeenLaughing”. This streaming platform has brought a bunch of memes sharing various funny instances from plays and movies along with the hashtag #LastSeenLaughing. Switching into the bandwagon, close to 100 brands, including Zomato, Jack, Jones India, Mentos, Dentos, Dunzo, and Rage Coffee. They all had accompanied in this talk with netizens.

LOL-Hasse Toh Phasse international format comedy show along with a desi tadka, which merges the comedy ke Badshahs, casting Boman Irani and Arshad Warsi. This show bestows us the biggest trouble in their life. This show bares the contestants, who are pitted against each other in a house. These contestants will have two aims, to make others laugh, and assure that they should be the last one standing with a straight face.

Know these things before opening a digital savings account