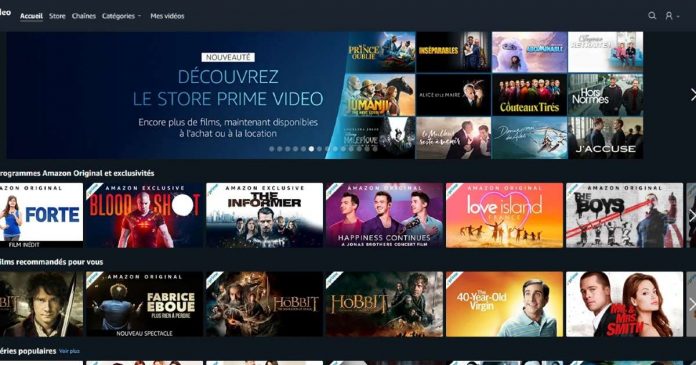 Amazon Video (Amazon Prime Video) According to information shared with Marketing Dive, France released “Cités” exclusively on TikTok in late February. The series, written and directed by French author and artist Abd Al Malik, depicts a group of 15 to 25-year-old friends using the app to learn about France’s cultural heritage.

“Cités” will consist of a dozen 60-second episodes that will air on TikTok’s @primevideofr channel. Last December, Prime Video launched the #PrimeVideoCasting challenge, which asked users to reinterpret something classic from French culture in order to cast the show. More than 45,000 people took part in the challenge, which received 105 million views.

“Cités,” created by Herezie in Paris, is billed as Amazon Prime Video’s first “100% TikTok” series, with casting, filming, editing, post-production, and broadcasting decisions all made with the platform in mind, an approach that could help Amazon Prime Video reach a large audience of young French viewers.

Amazon Video (Amazon Prime Video) France’s decision to create content solely for TikTok reflects the social video app’s ability to attract a younger audience. According to a YPulse study, more than half (58%) of Gen Z and one-third (33%) of millennials are already using the service. Even if a digital streaming platform like Amazon Prime already targets young customers seeking alternatives to conventional television, TikTok will help it expand its appeal to this audience. The creators hope that by focusing on TikTok, they will help the series’ message that there is still a connection between France’s youth and its cultural heritage.

“Cités” is noteworthy because TikTok was considered in every aspect of production and distribution, from casting to editing. Creators must adapt their creativity to suit the growing app as younger customers seek authenticity in ads. Marketers, like Taco Bell, have adopted the vertical video format popularised by social media apps like TikTok for other formats.

TikTok continues to grow as a key forum for advertisers after weathering the storm of a possible ban in the United States. Chevrolet made the first appearance on the app last month with a cover of the viral song “My Truck. ” TikTok also announced a multiyear collaboration with Portland Timbers and Portland Thorns FC, with the aim of connecting with fans via mobile content, in-stadium moments, player appearances, and more.

TikTok is also attracting the attention of advertising agencies. WPP and TikTok previously announced a global collaboration that gives the holding company early access to the social video app’s new advertising offerings and mobile technologies. As TikTok’s lead agency production partner, WPP will have unique access to some TikTok creators, opening up partnership opportunities for select advertising clients. WPP is also creating creator-focused apps for TikTok, including ways for marketers to gain deeper insights into talent and more effectively interact with diverse voices.

admin - May 4, 2021
0
The brand Nourish launches a series of TVCs with Bollywood actress and fitness icon Shilpa Shetty on national television emphasizing on inclusion...