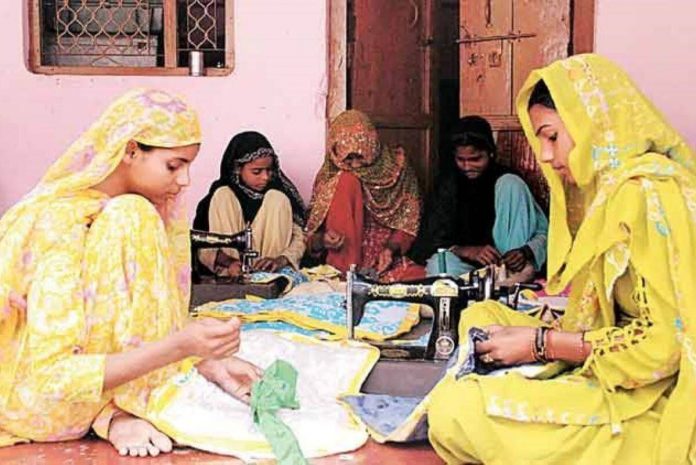 Women are the primary beneficiaries of Prime Minister Narendra Modi’s two pet schemes to promote entrepreneurship and self-employment by assisting with the establishment of micro-enterprises, Stand-Up India, and Pradhan Mantri Mudra Yojna (PMMY). For the nearly five-year-old Stand-Up India scheme, which provides bank loans ranging from Rs 1 lakh to Rs 1 crore to at least one scheduled caste or scheduled tribe,

As of February 26, 2021, “about 68 percent, that is, 19.04 crore accounts with a total value of Rs 6.36 lakh crore have been approved to women entrepreneurs under MUDRA scheme since inception,” according to PMMY, which was launched in April 2015. The scheme aims to provide non-corporate, non-farm small/micro enterprises with up to Rs 10 lakh in Mudra loans from commercial banks and regional rural banks. After the government launched the public procurement policy monitoring platform MSME Sambandh in December 2017, government procurement from women-owned micro and small enterprises (MSEs) has also reached a new high in FY21.

Under the Stand-Up India Scheme, as of February 26, 2021, above 81 percent, with a total value of Rs 20,749 crore, have been approved to women entrepreneurs. This was up from 73,155 female-only accounts with a total balance of Rs 16712. As of February 17, 2020, 72 crores have been authorized under the Stand-Up India scheme. As of December 12, 2020, the credit guarantee fund trust for micro and small enterprises (CGTMSE), which runs the credit guarantee scheme for MSEs, had granted guarantee approval to 67,171 women entrepreneurs loan accounts for a total of Rs 3,366.63 crore in the current financial year. CGTMSE approved 1,24,984 accounts in FY20 for women entrepreneurs to support their business expansion and development, totaling Rs 5,367.38 crore.

The government should be commended for enacting such gender-responsive policies, which have helped to pave the way for women’s entrepreneurship and, more importantly, for recognizing women’s economic contribution. We know that 60% of Indian women stay at home, and this needs to change dramatically. The government has recognized this, and it is up to business chambers to link the dots and raise awareness about the various schemes available.

Author - January 12, 2022
0
Network Advertising has won the Integrated mandate for the brands, AcneStar and Health OK, of Delhi-based Mankind Pharma.