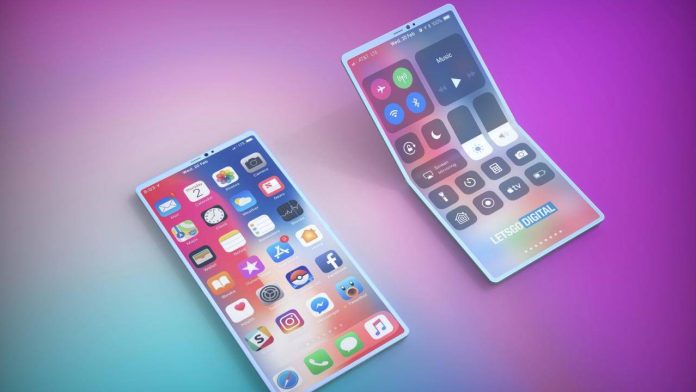 Early work on iPhone has begun by Apple Inc with a foldable screen. It could be considered a great rival for Samsung Electronics Co and others having similar products or devices. But there are only minor changes in the planning for this year’s iPhone line. California-based company, Cupertino confirmed that they developed a foldable screen (prototype) for internal testing, but hasn’t finalized the plans to launch the said product. The work is yet to be completed which also indicates Apple yet to have full handset prototypes in its labs. The Motorola Razr reboot and other offerings from Chinese companies including Huawei Technologies Co., like Samsung’s Galaxy Fold, Apple can make a larger screen in a more pocketable package with the help of a foldable iPhone.

Many foldable sizes are there which were internally discussed by Apple including the one that unfolds to a similar size as the 6.7-inch display on the iPhone 12 Pro Max. Now 6 and 8 inches unfolded for the screens of current foldable phones. The foldable Apple screen from testing has a mostly invisible hinge and also contains electronics stationed behind the display that is just like Samsung. Other companies have also launched devices with visible hinges separating two distinct panels like Microsoft Corp. It is indicated that this would be a radical departure for Apple. We can all agree that its pioneering touchable, all-screen smartphone is one of the most successful consumer technology product in history, this makes Apple the world’s most valuable and successful company. But it is also indicated that a foldable iPhone may take years to arrive and may never be introduced. Now the company is going to launch its next-generation flagship iPhones and iPad later this year.

There are indications that Apple has discussed removing the charging port for some iPhone models in favor of wireless charging. Apple is planning a new iPad Pro for its tablet line that looks similar to the current model but has an additional setup like a MiniLED display. There is also another iPad that is thinner and lighter entry-level that is similar in design to the 2019 iPad Air that is also in the works.