It comes as a big shock to Apple users, that the colossal tech company has mistakenly promoted ‘scam Apps” in the Australia App Store. The negligence of tech companies in allowing the scam app in their Store has enraged the Australians. The App in question “Slime Relaxation” is practically useless with no noteworthy functions, the only task it seems to perform is fooling users into paying an obnoxious amount of fee for subscription.

This is not the first case where a scam App has found its way into the Apple Store, these Apps have been responsible for swindling millions of dollars from people in the past. On this occasion, it seems like Apple is now being accused of promoting these Apps which does nothing but charge people about AU$676 a year.

Recently Developer Simeon has given evidence on how Apple is promoting one of its Scam Apps in his Twitter threads, the app in question is called Jelly: Slime simulator, ASMR. In his thread, he clearly describes how the App slime doesn’t highlight the first page but clearly shows important information. There is a tiny text publicizing that the Slime app on Apple’s App Store is AU$12.99 a week, an astounding AU$676 a year, the text is hidden in the bottom right corner of the page.

Additionally, In the iPhone, the app is downloaded hassle-free. However, the app baits users by providing them with a free trial for 3 days and then AU$12.99 a week. They do this and rely on users forgetting to cancel their free- trial service. Simon further went on to say that he has no interest in scamming people of their money and he has no intention of charging people a hefty sum for trivial things. as a developer he finds this issue irritating since this will result in making it hard for people to trust the App Store and the Developers.

The main influence of issues and arguments for Apple users and its critics can be centred on the existence of Slime jelly-like scam apps in the App Store. Currently, there doesn’t seem to be any comments from Apple regarding this gross Injustice, but we know for a fact that the colossal tech company has given assurance that it rejects 2 million app submissions to prevent its users from Scam. 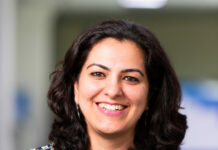 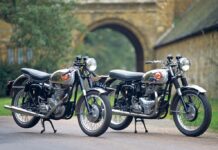