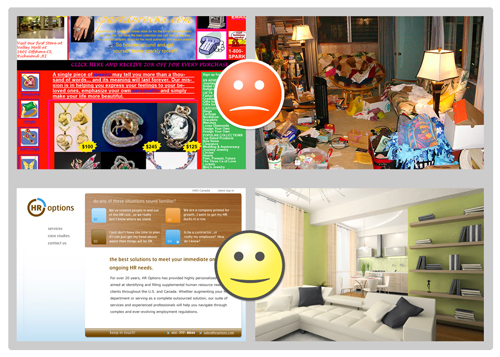 The President of SAY Media , Troy Young recently stated that with more and more ads being added by publishers on web pages, they aren’t being viewed long enough to generate results, ultimately ending with low yields. The increasing number of ads competing with each other to grab the users attention, too many social media buttons and other page features, have all contributed to the cluttering of the web pages, which in his words, are “killing” digital media. He made the statement based on a study conducted by his company.

SAY Media is a e-publishing company that creates sensational media brands.  They conducted the study with the IPG media Lab and did their research based on four brands of different categories, which are, ACE, Microsoft, Macy’s and Purina.

SAY had launched a Clean Campaign initiative in 2011. The objective was to get digital content right for advertisers, publishers and consumers. They are improving the Web and bringing clean redesigns across their Web properties by removing clutter and creating a quality spotlight ad environment.

The average time spent by users on a web page is about 40 seconds, according to the study. Based on eye-tracking data used on the research, only 76% users viewed ads on cluttered, advertisement filled pages and 89% on sites with multiple ads for the same advertiser. The data also showed that all the respondents viewed the ads on clean pages. These clean or sites with uncluttered ad layouts were perceived as more trustworthy and useful. Users found them more engaging and browsing through them a positive experience.

Time spent on viewing ads on clean sites was more than that of cluttered ones. On cluttered pages, users spent about 3.2 seconds on ads whereas on a clean site, users spent double that time viewing ads (6.4 seconds). They spent more than 13 seconds looking at the ad, if they thought that the site was uncluttered which is four times the time spent in a cluttered page. Higher recall among users whether it is aided or unaided, was for the clean environment ads. The brand metrics also improved with only a single ad exposure. The key message of the ads was also conveyed better in uncluttered sites.

Passionate In Marketing - September 13, 2020
0
A Google report launched in early May revealed that searches for food recipes on the Internet jumped 20 percent during the...