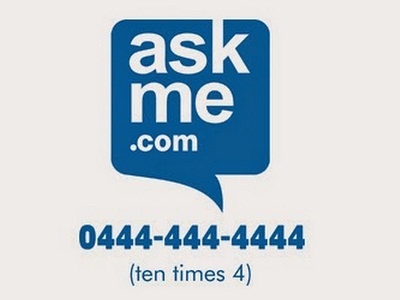 The online company Askme is aiming to make an initial investment of $100 million in order to fund its plans of domestic and overseas expansion and also to increase its headcount to approximately 2,500 people in the next 12 months.

Regarding this, Manav Sethi, Askme Group’s Chief Marketing Officer stated that with the type of plans that they have framed, Askme will be able to make an initial investment of the above stated $100 million in a year. While they already have 2,000 employees onboard, they will further hire 500 employees within a year across the sales and technology departments.

The firm is expanding its business in the e-commerce space and the firm listings in both India and other countries. The firm has signed deals with Chef Vikas Khanna, journalist Vir Sanghvi, and food experts Rocky and Mayur for food reviews at the restaurants. People can also watch online reviews in the form of videos and it will provide them with an option to either buy or book the services.

Askme has also signed a contract with Twinkly Khanna, film actress for developing interior designing vertical at the firm, revealed the Sethi. He further stated they have started a campaign on their Youtube and Facebook handles among other digital platforms. This campaign has already stated talking about the favorite restaurant of Rocky and Mayur and you can also send your curated list of the restaurants.

The firm provides e-commerce services via its own subsidiary Askmebazaar.com and it has also integrated the services of other such platforms including Amazon, Jabong and more. Askme is also scaling its online grocery shopping platform and it acquired BestAtLowestl.com to set up its grocery category around 50 days back for a deal of $10 million.

Regarding this he stated that the firm acquired BestAtLowest.com and also integrated the same with Askme so that customers in Noida, East Delhi and Greater Noida can order groceries. Now, the firm is receiving almost thousand orders in a day for an average price of Rs 1,200. The same will be scaled all over India and this will take place in phases in four quarters.

He also stated that they are aiming to receive almost a million orders per month from the end of July and if this happens on a yearly basis, the firm will occupy a position in the top 4 or 5 e-commerce firms in the country.

Passionate In Marketing - December 2, 2014
0
Kent Ro Systems, manufacturers of water purifiers is operating with a goal of achieving Rs 1,000 crore revenues by the fiscal year 2016 to...

Hotels in India bring in innovation in their service offerings to...