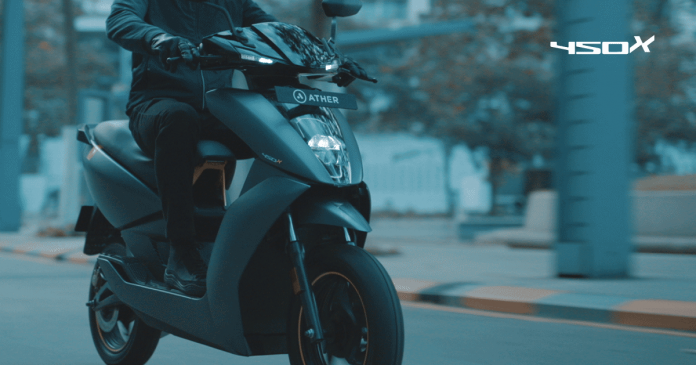 The Ather 450X is a premium electric scooter designed by Ather. The Ather 450X is an upgraded version of the Ather 450 both in terms of features and performance, designed to reinvent India’s two-wheeler riding experience. The organization also introduced an online-only sales platform for the doorstep service selling of their products. They built the production unit in Whitefield, Bangalore, which began production in 2018 with a capability of 600 vehicles per week.

The makers of these electric scooters are also expecting more Indian riders to abandon petrol-driven vehicles for EVs this year, as many consumers have begun to realize the cost advantages of owning an Electronic vehicle, particularly with state and central governments rising subsidies.

At present, Ather has an offline retail presence in Chennai and Bengaluru through its “experience centers” or showrooms. It has also begun pre-booking for new cities via its online platform.

In a telephonic interview, Tarun Mehta, the chief executive of Ather, highlighted the ambitions of the company to extend to new areas and the opening of its first production facility in Hosur, Tamil Nadu. The Ather’s factory in Whitefield, Bengaluru currently has the capacity to produce 30,000 units per month. The new factory in Hosur will be equipped so that it produces 100,000 vehicles, and will ultimately scale up to half a million, Mehta said.

Mehta said the company is planning to establish a presence in 10 new cities by the end of March 2021 including Delhi, Ahmedabad, Mumbai Pune, Kolkata, Coimbatore, and Kochi.   Opening new experiences centers, an effective sales tool for companies, is in talks with dealers in these cities.

According to the latest reports this smart scooter will be released in October this year in Hyderabad, Chennai, and Bengaluru. The scooter’s delivery would also begin during the same month in the mentioned towns. For the people staying in any of these towns can pre-book the Ather 450X to a completely refundable token amount of Rs 2,500 via the company’s official website. In October, Ather Energy will continue rolling out the first batch of the 450X electric scooter, with complete deliveries in Q3 FY21.

Passionate In Marketing - October 24, 2020
0
There has been a boost in the need for innovation during COVID-19 pandemic, new technologies, and cost efficiencies, thus promoting an organization’s...