Savings usually flow into assets that yield better. In general, household savings usually come more when the interest rates on fixed-income portfolios, such as bank deposits, are high. Yet the difference seems to be occurring in the present situation. According to the State Bank of India Economic Research Department survey – Why should the norm now be negative real rates? The people are growing their savings, approved by Dr. Soumya KantiGhosh, Chief Economic Adviser Team, State Bank of India even though we face a negative real interest rate, but people are saving money for cautionary reasons.

In the study, the determinants of household savings in India are seen in the broad empirical literature. Particularly where the substitution effect where savings are raised as spending is deferred to the future, the wealth effect dominates, in which savers increase current consumption at the cost of savings, is widely assumed to allow household savings.

Ironically, the incremental small savings deposits have slowed dramatically in the current fiscal as a percentage of incremental commercial bank deposits, with people holding the money more in liquid bank deposits than locking it into financial savings. This is interesting as it demonstrates the financialization of household assets in chosen instruments (maybe in the stock market as well!)

Just as real interest rates have turned negative this trend of high savings has important lessons in the Indian context. Our empirical results show that a change in the real deposit rate of at least 2% was needed for the period FY00 to FY20 to increase the savings rate by 1%.

This study also indicates substantial improvements in real estate prices to launch household savings. It is consistent with previous findings. Minor increases in savings rates make almost any difference, and so it is still difficult for a prolonged time to hold real interest rates at high levels.

It occurred in the past, too, as the inflation trend lagged behind and so real interest rates must tend to be adversely affected at the moment because they have had a delicate effect on asset quality.

We assume this would be acceptable for financial markets in the current scenario as a negative real rate is unlikely to affect financial savings for households despite the uncertainty surrounding the pandemic. Analysis of causality between per capita income and savings rates in India shows that such causality mainly goes from income to savings. This means that high GDP growth and per capita income rises will only massively boost the long-term savings rates in India.

It could not support the recent jump in household savings, as growth disruptions now seem to be ongoing at least in H1 of the fiscal year, suggesting both Q1 and Q2 growth.

In light of this, we think it is impossible to slash the August rate. With a repo decrease of 115 bps at the start of February, banks have already transmitted 72 bps of new loans to customers in the interregnum, which is perhaps the landmark in India’s highest monetary rate transition. 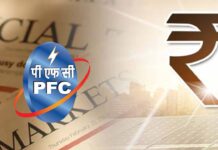 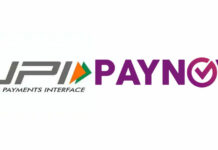 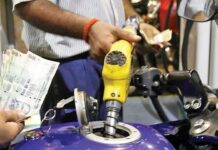 Author - September 15, 2021
0
Reliance Digital, India's biggest electronic retailer, has turned another leaf in its excursion of client commitment with the dispatch of a mission...