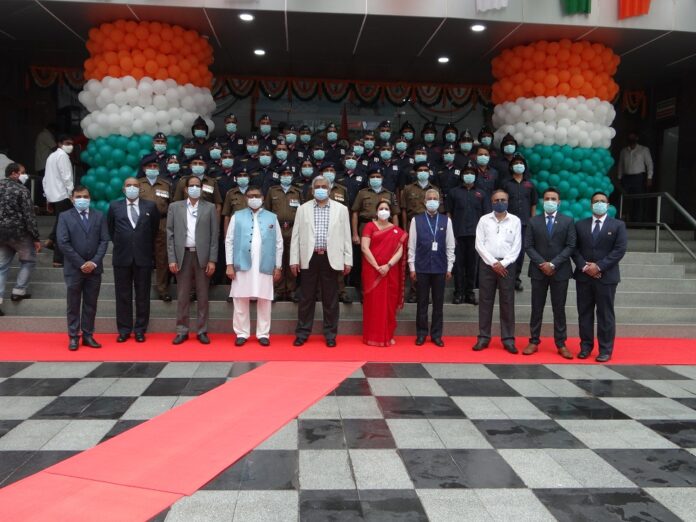 Shri A K Das, MD & CEO in his address paid tribute to the freedom fighters and exhorted all the staff members to contribute whole heartedly for the development of the nation. Flag hoisting was followed by distribution of prizes to children and gifts to the Security Contingent of the Bank. A short video on Azadi ka Amrit Mahotsav and Har Ghar Tiranga campaign, prepared by the Bank was also released on the occasion by the MD & CEO.

To commemorate the agony suffered by the citizens during partition, Bank, as part of Partition Horrors Remembrance Day on 14th August, had organized exhibitions at 60 locations across the nation. Staff members of the bank also participated with all zeal for making the “Har Ghar Tiranga” janbhagidari campaign, a grand success.