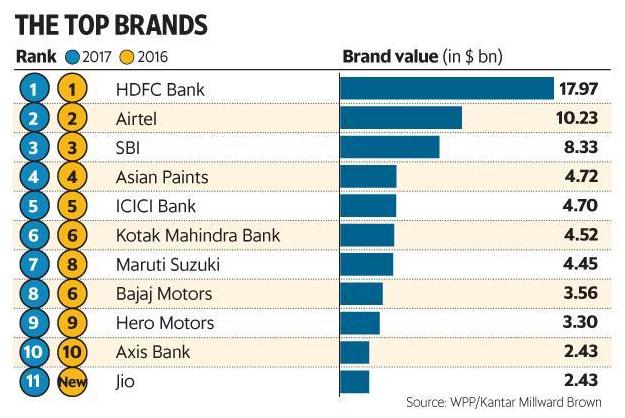 The Marketing and advertising conglomerate WPP Plc and Kantar Millward Brown list has the new telecom entrant which has disrupted the Indian Telecom Industry “Jio” at number eleven. The BrandZ report also highlights the fact that demonetization one of the biggest financial exercises conducted in the Indian History had its share of affecting the consumption of packaged consumer good brands. The invalidation of old high value currency notes last year resulted in the consumption of packaged consumer goods fell 4.2% and 2.4% year on year in November and December 2016 respectively, but recovered 0.6% in March this year and 3.9% in April.

Passionate In Marketing - November 25, 2014
0
The e-commerce giant Flipkart is in plans to launch exclusive sales for more than 30 different global brands via its portal in 2015. The...

Starwood Hotels & Resorts Worldwide Inc plans to have up to...

Twitter Political Index and Sentiment Analysis – How far it succeeds?